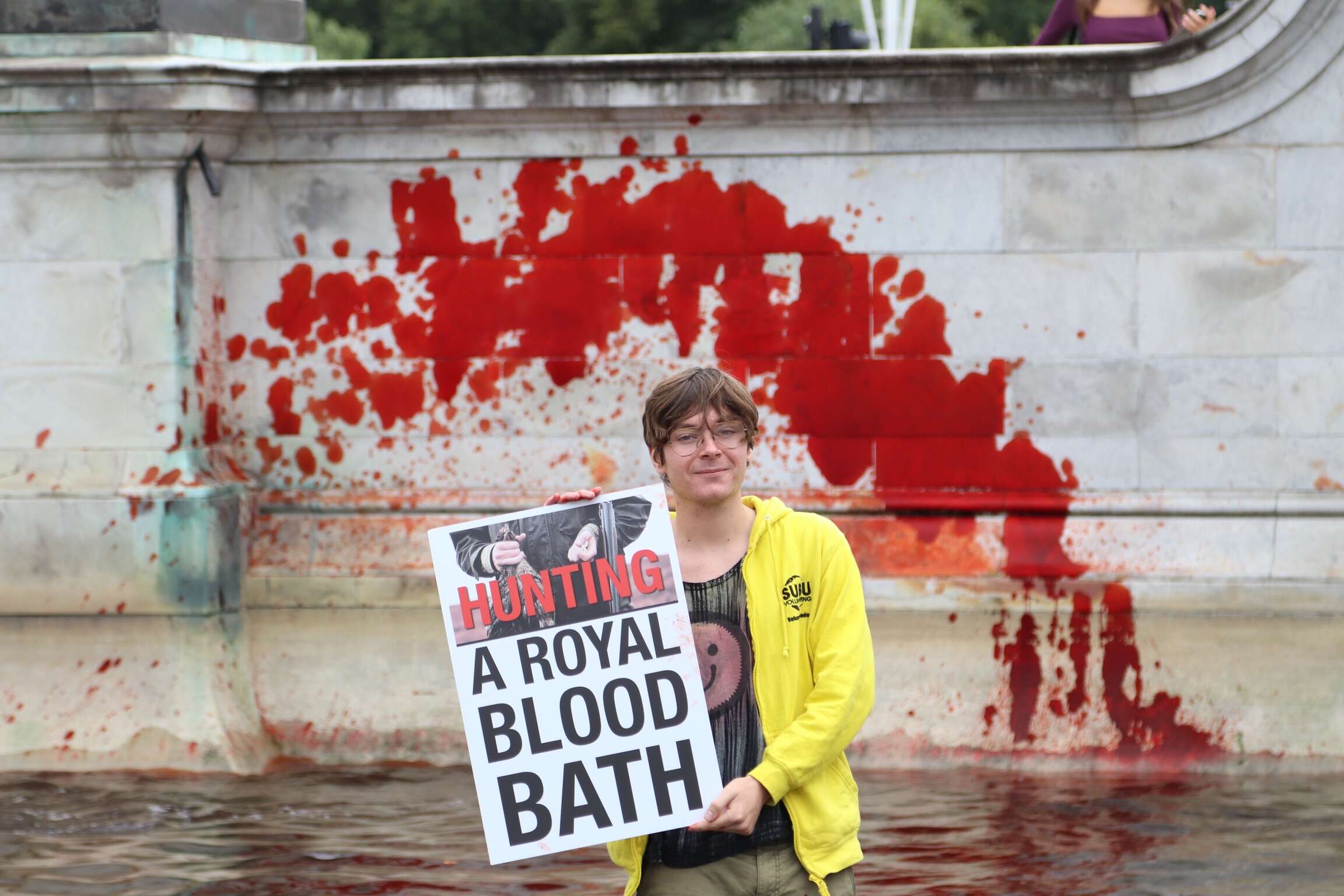 Climate and animal activists have dyed the iconic Buckingham Palace fountains blood red in a protest against use of crown land for hunting and animal agriculture.

Harley McDonald-Eckersall, a spokesperson for Animal Rebellion said: “The crown estate is the biggest landowner in the UK and they choose to use this land for animal agriculture and hunting, which not only decimate our environment but cause the deaths of millions of lives every year. It’s time for a new system based on justice and compassion and the royal family should be leading the way.”

The action comes after a recent report found that “The Queen’s lawyers secretly lobbied Scottish ministers to change a draft law to exempt her private land from a major initiative to cut carbon emissions.” The royal family have been protested by animal rights groups in the past because of their support of hunting, racing and the fur trade, which the group highlights as being a motivator for the protest, alongside animal agriculture.

“Crown land should be used to grow healthy, nutritious food for all and to provide homes for the animals we share this country with,” Said McDonald-Eckersall. “We are demanding that the Queen end the use of crown land for industries which are contributing to the climate and ecological emergency and the death of animals.”

The action was undertaken by participants during the Rebellion which unites climate activists to demand urgent government action on the climate and ecological emergency.

Animal Rebellion is a mass movement using nonviolent civil disobedience to call for a just, sustainable plant-based food system. Today’s events are part of the ‘Rebellion’ – two weeks of direct action demanding urgent action from the government on the climate and ecological emergency. To find out more about what we are planning for the next week, visit our website now.