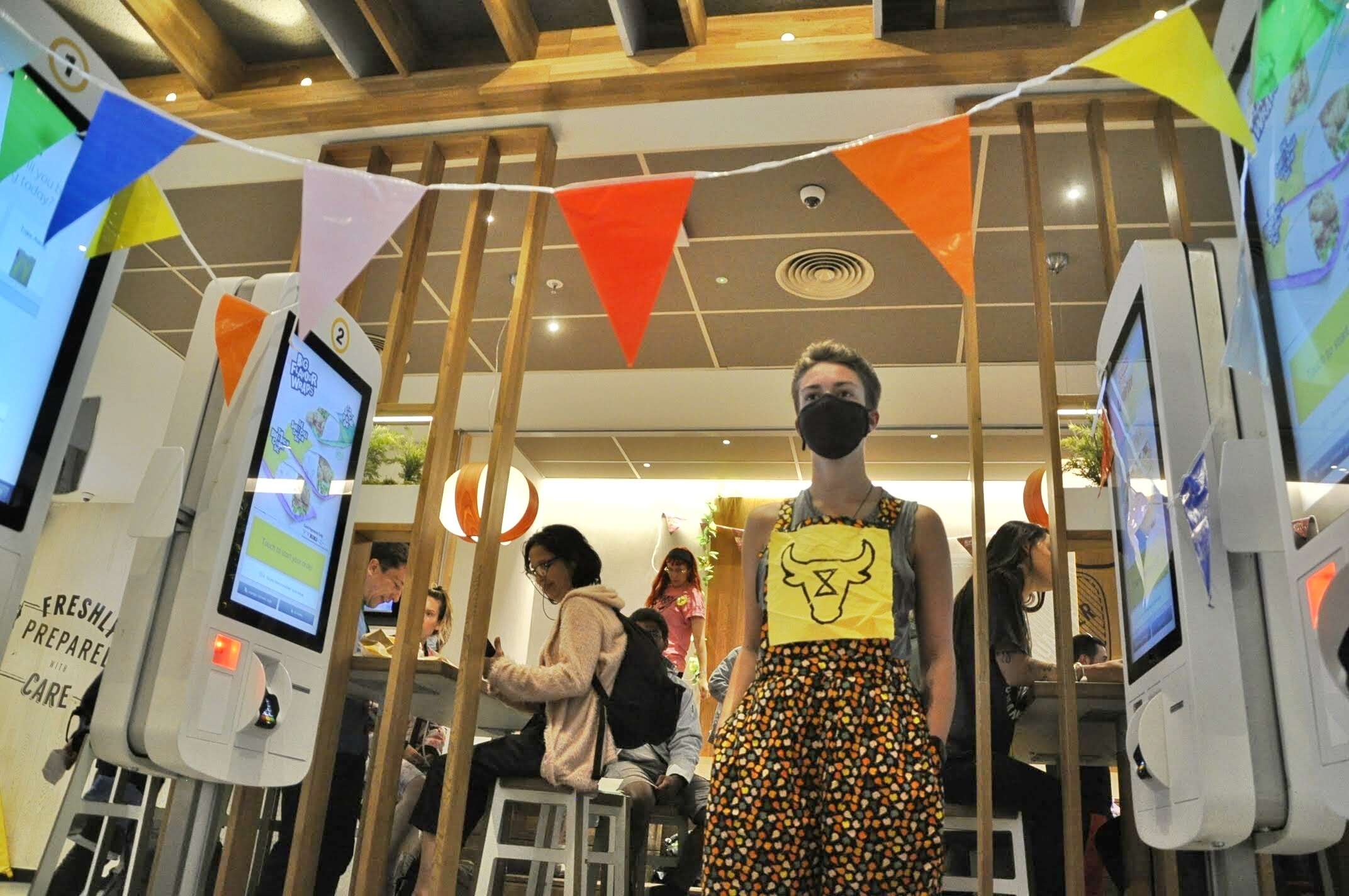 Protestors have donned their sleeping bags and are camping out at McDonald’s tonight, as they call out the fast-food chain for its role in destroying the planet.

It’s the latest action in a campaign being led by Animal Rebellion, a mass movement using nonviolent civil disobedience to call for a sustainable plant-based food system, who say the global franchising giant is just a symbol of a much bigger problem – the entire animal agriculture industry.

Now, 50 protestors will be spending the night at Leicester Square McDonald’s from 6pm; occupying seats and causing disruption in a bid to highlight the issue and open conversations with customers about the impact of the entire fast-food industry.

Bel Jacobs, a spokesperson for Animal Rebellion, said: “This action is all about raising awareness and educating the local community on how animal agriculture is affecting the planet.

Throughout the evening, protestors will be taking part in letter writing, craft work and speeches, while also having the opportunity to watch a film and take part in an ‘untalent show’.

It comes after the group shut down four McDonald’s distribution centres back in May, and later blockaded the business’s only burger factory for several days, to call out the meat and dairy industries for their role in the climate and ecological emergency causing economic disruption to McDonald’s supply chain.

Jacobs said: “The latest report from the IPCC has already highlighted that our climate is at breaking point; that unless we make big changes, we will increasingly face the harsher impacts of climate change like flooding, droughts and extreme heatwaves.

“Animal agriculture makes up to 18% of global emissions so, by moving to a plant-based food system, we could tackle this problem in a very achievable and realistic way.”

According to a 2019 EAT Lancet report, if we hope to feed 10 billion people and stay within planetary boundaries, we need to reduce red meat and milk consumption by 90% by 2050. A 2018 study into the environmental impacts of food production – the most comprehensive of its kind – found that a plant-based food system could reduce farmland usage by 76% and greenhouse gas emissions by 49% from current global levels.

What needs to happen next is pretty simple: Animal Rebellion is demanding that McDonald’s transitions to a fully plant-based menu by 2025 and commits to being 20% plant-based within a year.