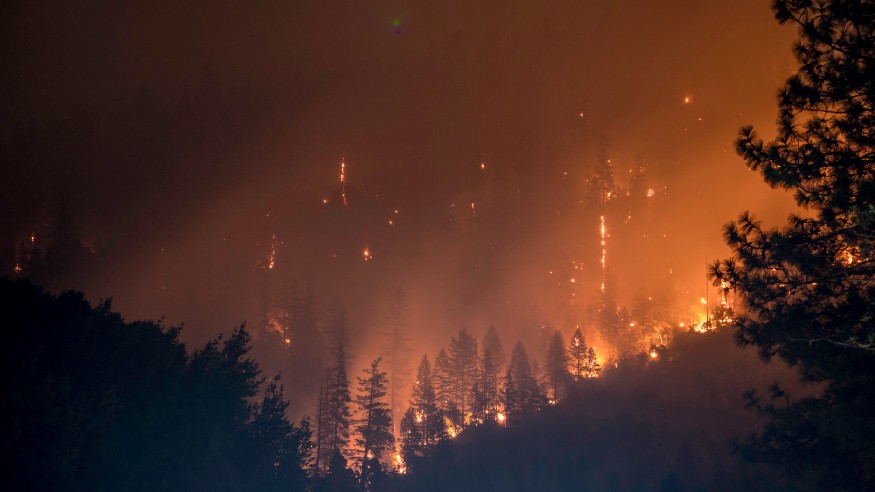 Ever since one certain animal has found a way to start fires, it has become their main tool for creating warmth, cooking food and keeping darkness at bay. But as with some other advances associated with our civilisation and technology, it has simultaneously become our favourite weapon of mass destruction and to this day, it still is. Millennia ago, we used fire to do the dirty work of mass-erasing nature off the surface of this planet, only this time there is not so much left to burn, comparatively.

And just as during the first pages of the human’s pastoral history, the most likely reason for burning nature is to give way to animal agriculture, whether it is for grazing or for growing animal feed.

The issue of the intentional burning has hit the international news because we all thought that we had been doing enough to contain deforestation in Latin America, but this year we were proven wrong. The profit hungry individuals in both political and agricultural circles decided that there is yet more money to be made by transforming forests into “useful assets”. And the Amazon is not the only hotspot — we are struggling to put out “mega blaze” in Australia and fires in Indonesia further exacerbate Climate Crisis. And this is not only an issue of losing natural ecosystems and priceless hubs of wild animal activity, but also of creating a massive source of pollution and GHG emissions. Considering that animal agriculture actively destroys nature and replaces it with barren land, it is quite clear why the impact of animal agriculture on the planet is so high.

And as if that’s not enough, remember that once a forest is lost, it is lost forever, and the land is used for grazing or growing animal feed until it can sustain it no longer. In some cases nature fights back, like it does here in the UK, where heather and moorlands need annual burning to allow grazing and grouse shooting, otherwise the land would become too wild and “too natural” for these activities. But in most cases human influence prevails. It is now believed that the great desert of Sahara, which was a mix of grassland and woodlands once, has turned into a near-lifeless sand patch because of our historic pastoral lifestyle, livestock grazing and, by extension, human-started fires.

But let’s take a step back and ask ourselves — what exactly is happening during and after the fires? Without going into gory details, let’s just say that the lucky ones miraculously manage to escape, hide well or die quickly from suffocation. The others are doomed to suffer in pain for days to come. But even those few who escape or hide will have to adjust to the new environment — be it in a completely new place (hopefully away from humans and other predators) or find their home turned into an unrecognisable and grotesque black and grey desert. And by the way, this is exactly what we were so scared of just a few decades ago when we talked about nuclear holocaust.

Intrinsically, and just like the rest of animal agriculture, intentional forest fires are a tool of speciesists — discriminators against non-humans. They obliterate huge numbers of animals for the benefit of the few and convenience of the system. They use the logic of racism and fascism, saying that otherness implies inferiority and therefore yearns for iron glove dominion. They apply different values, based in many cases on financial considerations, to different species of animals and kill them accordingly — with fire, a chemical spray, a rifle, a trap, a fishing net, or a butcher’s knife.

Forest fires are allowed to happen because it is in human nature to value short-term individual gain over long-term common good. But a different approach is needed — if only we evaluated, what’s left of the natural world, not as an exploitable opportunity that happened to be within some imaginary boundaries of a ”state”, but as a planetary asset, essential for the existence of life, then we wouldn’t need to look away in shame, when our children demand to know why they are being born into ecological and biodiversity poverty.

It goes without saying that the only way to stop the mass destruction of nature is to stop animal agriculture entirely — a seismic and urgent shift in the food production system is needed — we all must demand that the animals are no longer used as a commodity, that the system becomes much more efficient at feeding the human population and that wanton destruction of nature ends immediately.

There are positive signs, of course, even as Amazon burns twice as hot — Extinction Rebellion, Animal Rebellion and others have been tirelessly hammering the message to international communities and the public. The World Bank is urged to intervene and withdraw support for the meat industry that benefits from the fires; scientists are calling for phasing out animal products; the new anti-speciesist initiatives aimed at reducing the suffering of wild animals question the existing dogmatic environmentalist approach of “No Intervention”; people selflessly saving animals from fires credited as heroes; tree planting is now universally accepted throughout political spectrum as not just essential for combating climate change, but also as a hugely popular measure. There is no better time than yesterday to acknowledge that there is no tomorrow without forests – and we know it. They are a key to the earthlings’ survival and to healing the wounds that we inflicted on our living and breathing, marvellous and forever majestic planet, our home.

As Forests Burn, Our Voices Must Be Twice as Loud
Scroll to top
PLANT-BASED FUTURE ACTIONS HAPPENING NOW!