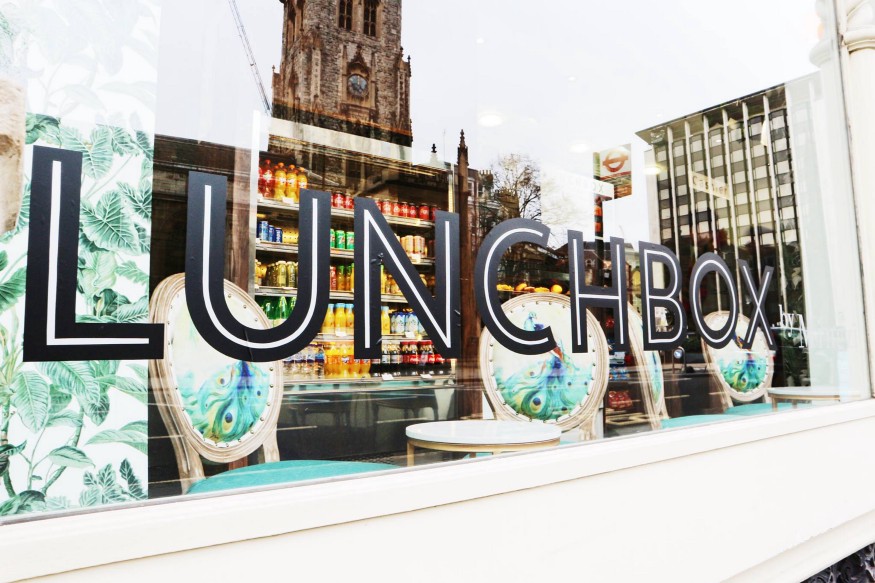 Gwendolyn Love is proud of how far her new business has come in just a few months. Established at the end of 2018 by Dragos Ava, his brother Andu and partner, Gwendolyn, Lunchbox by Mingzi is committed to offering the “true taste of nature” through its selection of European and Asian inspired breakfast and lunch options.

Much of that inspiration and the recipes come from Gwendolyn’s own Buddhist vegan family — a tradition that goes back to her grandmother over 60 years ago. Her mother, aunty and uncle are all vegan too for religious reasons. Veganism isn’t mandatory for Buddhists, but the idea of appreciating food and acknowledging the sacrifices made in getting it to your plate is important to many in the faith.

One of our team visited and tried the potatoes and aubergine, which was tasty but milder than our rebel was expecting. “Oh, my grandmother would put a LOT more spice in!” Gwendolyn says, explaining that many of the vegan recipes available were from her grandmother’s cruelty-free kitchen.

When Gwendolyn and co-founders Dragos and Andu Ava heard about what we were doing at Smithfield — sharing our vision of a plant-based future and demanding that government takes action in bringing that about- they were inspired and wanted to help. Lunchbox by Mingzi is on Holborn Viaduct, just around the corner from Smithfield Market. And that’s not so far to send some tasty free and hot food for hungry rebels.

“We recognise that businesses have an important role to play in dictating the future of the food industry,” said Gwendolyn. So after legendary journalist and activist, George Monbiot, officially opens Animal Rebellion’s Plant-based Market’ on 7th October, Rebels on the ground at Smithfield will receive warm vegan tasting boxes straight from Dragos and Andu’s kitchen.

The business wants to promote vegan and vegetarian eating and does so through its menu, as well as offering “tasters” to those who visit the restaurant. And Gwendolyn believes that by giving customers a positive plant-based experience rather than forcing them to change their diet, people are more likely to consider reducing the amount of meat and fish they eat.

In addition to delivering free vegan tasting boxes to Smithfield on the 7th October, Lunchbox by Mingzi is also offering all Animal Rebellion protesters a 20% discount on vegan food during the two-week insurgency. Rebels can visit Lunchbox by Mingzi and use their discount at any point between 7th and 19th October for items on its breakfast, lunch and specials menus.

She added: “By raising awareness of the need for a sustainable food system in a peaceful and informative way, Animal Rebellion is creating allies not enemies. As a local business and customer of the Smithfield Market, we’re excited to stand side-by-side with Rebels in October.

Gwendolyn admitted that her team has been inspired by Animal Rebellion standing up and demanding change. It’s the direction she wants her business to go in — and the more demand there is for plant-based food, the more they can go in that direction.

“Animal Rebellion’s positive engagement with Smithfield, as well as a demonstrably ‘softer’ advocacy approach, has inspired us to lend our help to its cause,” said Gwendolyn.

Although of course we want to see the end of all animal exploitation, that our approach is beginning to be seen and acted upon by local businesses like Gwendolyn’s is critically important to our movement. The more we can make a plant-based world thinkable, the more it will become inevitable.

Building relationships with suppliers at Smithfield, getting to know them personally, is far better than buying from a supermarket, says Gwendolyn.

We can only hope that very soon, Gwendolyn and the Lunchbox crew won’t be shopping at Smithfield for its animal products, but for its pioneering plant-based alternatives at the heart of the UK’s radically healthier and more sustainable, and more just, plant-based food system. Let’s keep the rebellion going.