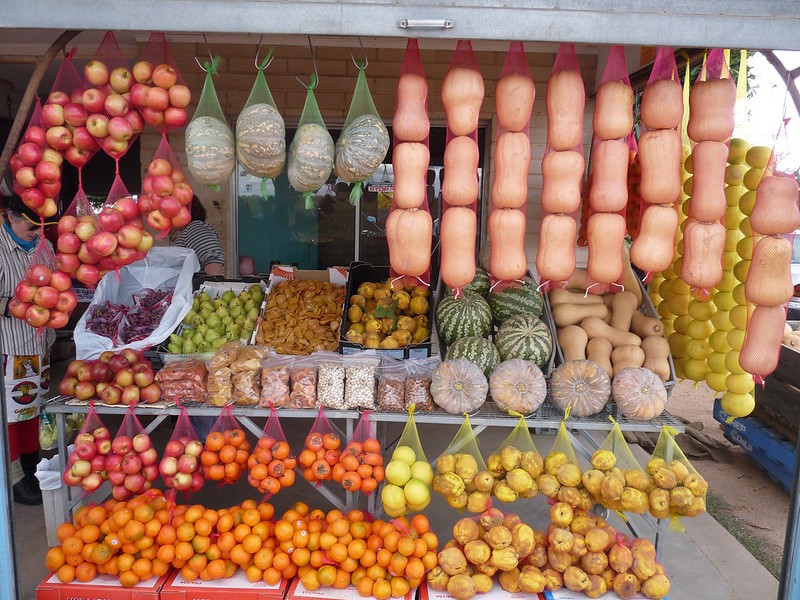 A Plant-Based World Would be a Kinder, Less Violent World

A plant-based world would be a much kinder and much less violent world. It would be a just world, and it would be a re-enchanted world, a world where cows would be cherished for their beauty, dignity, and grace, not violated and butchered for their milk and flesh, where pigs would be adored for their sweetness, playfulness, and curiosity, not mutilated and knifed, where hens would be treasured for their gentleness, integrity, and devotion, not twisted, torn, and broken in tiny cages for their eggs, where goats would be venerated for their majesty, cleverness, and mischievousness, not beaten and abused for their bodily fluids and their flesh.

Instead of enslaving billions of cows, pigs, chickens and other animals for human consumption, in a plant-based world we would open our hearts to our animal kin, see them as individuals, and enable them to live happy, flourishing lives in sanctuaries and interspecies communities.

In these safe and loving spaces, where exploitation, violence, and cruelty would be non-existent, a mother cow would give birth and nurture her baby in peace, without risk of it being cruelly snatched from her and in turn enslaved as a veal calf or future dairy cow. She would never be artificially inseminated. Her body would be hers and hers alone. And her babies would be hers and hers alone, too. Like her mother cow companions, sows would suckle and raise their young, take long mud baths, get tummy rubs from their human friends, and glory in the simple joys of living. Hens would be held in human arms as loved ones are held, not strung up by their shattered legs to be knifed.

By transforming our proverbial swords into ploughshares, we would begin to heal the festering wound our relationship of domination over other animals has inflicted in our collective psyche. We are a species made spiritually sick by the excesses and inherent injustices of our social and economic system. We too are in need of healing.

Let us not just imagine or fantasize about this better world, let’s start creating it now. Let us start the human project again — differently, peaceably, with multispecies flourishing as our goal, not human dominance.

A Plant-Based World Would Be a Colourful, Joyful, and Beautiful World

What a great contribution Smithfield Market could make to the transition to a more loving and compassionate world if it transformed itself from the biggest meat market in Europe, to the biggest fruit and vegetable market in Europe! Think of how glorious the market stalls would be to behold — so many vibrant colours dazzling the eyes and delicious scents filling the nostrils! And how lovely it would be to chat with farmers about their beautiful offerings! How nice it would be for workers, too, to take pride in bringing sustainably cultivated plant-based foods to market, instead of having to deal with the sad fact of killing innocent creatures as an unfortunate part of their (former) trade. The atmosphere of such a vibrant garden of delights would be joyous!

Blood and mutilated body parts are unsightly, not by coincidence, but because violence is ugly, ethically and aesthetically, as vegetarian geographer and writer, Elisée Reclus pointed out in his pamphlet “On Vegetarianism” (1901):

We aspire to the time when we shall not have to walk swiftly to shorten that hideous minute of passing the haunts of butchery with their rivulets of blood and rows of sharp hooks, whereon carcasses are hung up by blood-stained men, armed with horrible knives. We want some day to live in a city where we shall no longer see butchers’ shops full of dead bodies side by side with drapers’ or jewellers’, and facing a druggist’s, or hard by a window filled with choice fruits, or with beautiful books, engravings or statuettes, and works of art. We want an environment pleasant to the eye and in harmony with beauty.

What a fantastic thing Smithfield would do for the humans, animals, and the earth if it renounced the trade in animal products and offered up beautiful abundances of fresh fruits and vegetables for Londoners to feast their eyes and stomachs on!

In fact, Animal Rebellion is helping to bring this fantasy to fruition, no pun intended, on Monday, October 7th, when it plans to set up a beautiful plant-based market mock up in and around Smithfield Market! Be sure to head over there to behold the cornucopia of plant-based delights!

A Plant-Based World Would Be a Healthier World

A plant-based world would be a healthier world. Think of how much healthier human beings would be — physically and spiritually — if we dined on locally grown, pesticide-free fruits, vegetables, legumes, and cereals — instead of on animal products, the consumption of which is linked to a variety of serious health issues. The Physicians Committee for Responsible Medicine (PCRM.org) argues that a plant-based diet can promote brain health, prevent dementia and Alzheimer’s, reduce arthritis pain, reduce the risk of developing cancer, prevent, manage or reverse type 2 diabetes, promote the development and maintenance of strong bones without the risks associated with dairy consumption, reduce blood pressure, and prevent, manage, or reverse heart disease, among many other things. For all the fears people have about getting enough protein without meat, it turns out that with a global shift to a plant-based food system, protein would be more evenly and efficiently distributed around the world as well.

A Plant-Based World Would Be a More Sustainable World

A plant-based world would be a world where the air was clear and fresh, where fish and other marine animals teemed in the sea, and where land animals flourished in lush habitats rich in biodiversity. Parts of the 80% of agricultural land currently used for animal agriculture could be intelligently rewilded, with nature allowed to take its course and replenish itself (with some gentle human guidance so as to ensure the wellbeing of the sites’ current and future residents), while other parts of the reclaimed farmland could be used to grow organic fruits, vegetables, and other plant-based products.

Rainforests such as the Amazon would no longer be burned down to create grazing land for cattle or soy to feed the cattle, but would be preserved and protected for the human and nonhuman beings who call the lush forests home. Greenhouse gas emissions would be reduced dramatically (by at least 14.5%, the percentage of emissions animal agriculture is responsible for — more than the emissions of all other forms of transportation combined), while the atmosphere would be freed of 32,000 million tons of carbon dioxide (CO2) per year, while methane gas produced by cows would be reduced by 150 gallons per day.

Waterways would no longer be subject to pollution by animal waste and other toxins and run-off from factory farms, while the 34–76 trillion gallons of water used by the global animal agriculture industry could be conserved. Ocean dead zones would slowly come back to life, mass extinctions due to habitat destruction in the name of animal agriculture would slow down and eventually come to a halt, while some endangered species would come back from the brink. The balance between human, domesticated, and wild animals would be restored. Currently 86% of land animals are humans or farmed animals (and the vast majority of those animals are living in conditions of unfathomable degradation and suffering).

Now Is the Time to Bring this Better World into Being!

Given the enormous social, health, and environmental benefits of replacing animal agriculture with sustainable plant-based agriculture why would any government not consider it of most urgent importance to begin the transition now? As young climate activist Greta Thunberg stated clear in her recent impassioned speech to global leaders at the UN, the failure on the part of governments to deal with the climate crisis is not least a result of their misguided commitment to economic growth instead of human and nonhuman wellbeing. The cost of national and global economic prosperity, much of which is fuelled by agribusiness, is the impoverishment of the planet and its inhabitants.

The only way to survive the calamity we are facing is to take the power back from government through peaceful means, to rewrite the list of priorities, with the flourishing of the earth and all the creatures that dwell within it at the very top, and to implement without further delay a transition to plant-based agriculture. That is why Animal Rebellion is going to be bringing its vision of a plant-based world to the public, to Smithfield Market, and to DEFRA on October 7th. Stay tuned! The world is about to change for the better!

What Would a Plant-Based World Be Like?
Scroll to top