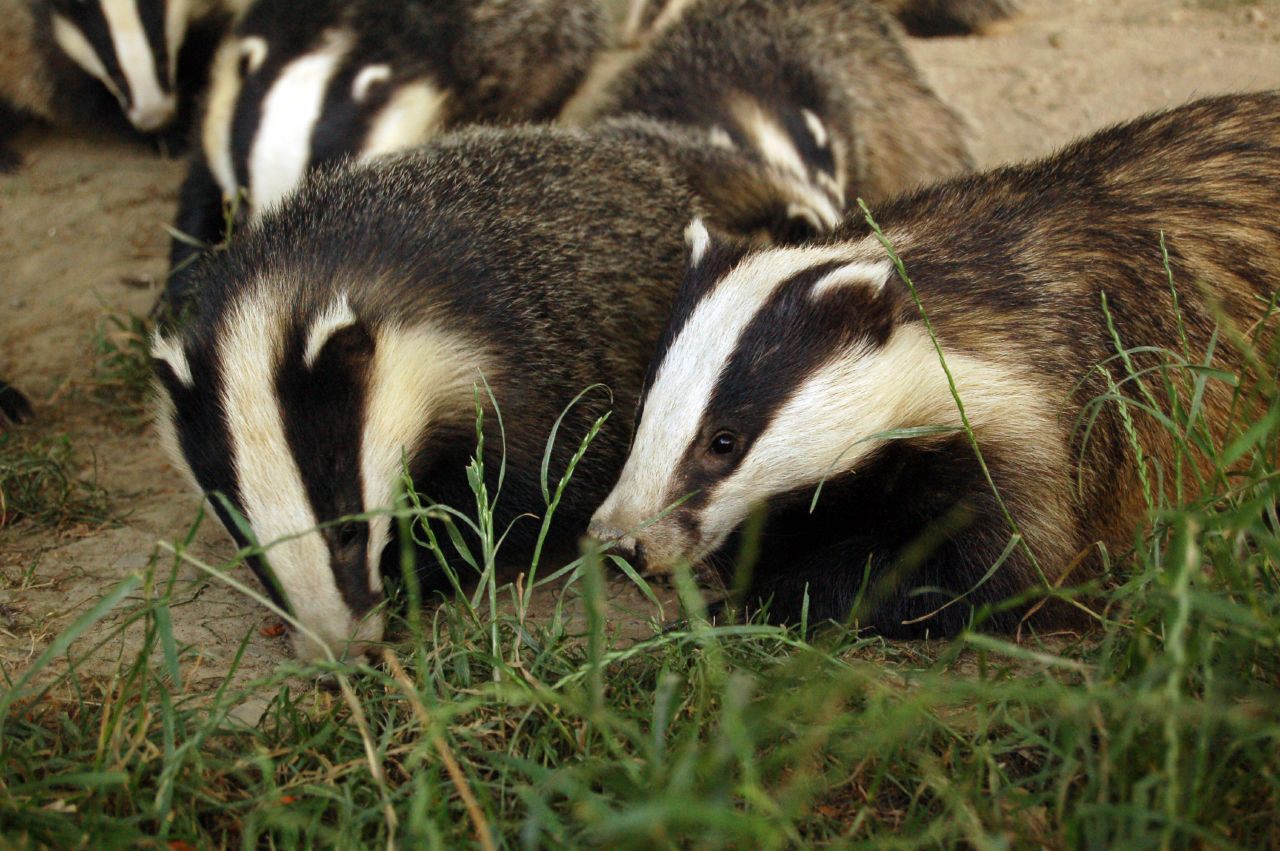 Ask someone in the street for their views on dolphins, tigers or polar bears — used the world over to symbolise majesty and grace — and you’ll likely be met with an enthusiastic, awed response.

But cows? Sheep? Chickens? Not so much.

Wild animals somehow elicit more passion in people. We all feel we have a stake in nature; wildlife is viewed by most people as part of ‘their’ world, something that ‘belongs’ in a sense to us all. Wildlife visits our gardens and is seen in our fields and on our streets, whereas the 10.6 million pigs farmed annually in the UK are rarely seen. As Compassion in World Farming chief executive Philip Lymbery explains: “In Britain, a nation of animal lovers, most of our pigs are in factory farms in conditions that in my view can only be described as utter depravation”.

Is it that we don’t see them or that many people accept these individuals to be the ‘property’ of others, making their suffering easier to ignore? It doesn’t appear this bias can be logically explained.

Of course, some wild animals are presented more favourably than others. The badger, for example, is synonymous with the British countryside and immortalised in the writings of Beatrix Potter and Kenneth Graham’s ‘The Wind in the Willows’. The emblem of the Wildlife Trusts seemed to be one of the few fortunate enough to be winning in the PR stakes, despite a long history of appalling persecution by baiters.

However, the lovable mammal that gained legal protection from persecution upon the passing of the 1973 Badgers Act has more recently become a victim of the animal agriculture industries. Many claim that the species acts as a carrier for bovine tuberculosis (bTB), a disease primarily affecting cattle. The government’s Animal and Plant Health Agency advises that, ‘Badgers present a particular challenge to cattle farmers’, despite stating earlier that, ‘Bovine TB can occasionally infect humans, wildlife and other animals too’ — but more on that later.

Current reports estimate that more than 60,000 badgers could be killed this year across England. This is despite the fact that TB levels in cattle have risen in the two areas of the country where the badger cull was piloted over the past five years. Many are convinced that the cull is political, wasteful, cruel and ineffective.

A less anticipated consequence of the badger cull has been a rise in public awareness of the damage the meat and dairy industries are inflicting on our wildlife. A Guardian article published this month quoted vet and former government scientist Dr Iain McGill saying, “Defra have manipulated and hidden scientific data to such a degree that it amounts to systemic scientific fraud.” Support for the cull has come primarily, and predictably, from the meat and dairy industries, spearheaded by the National Farmer’s Union.

The cull, according to critics, is bad science. It hasn’t reduced bTB, which currently costs taxpayers £100 million annually. The total cost of the cull up until last year was estimated at about £40 million — thought to equate to around £1,000 for each animal killed. Cattle, too, have been slaughtered in their thousands. The Chairman of the Independent Scientific Group on Cattle TB, Professor John Bourne, said “Now farmers will realise the strength of the science and will recognise that culling has no part to play.”

Pushback against the cull from groups, including the Hunt Saboteurs Association, has been fierce. A change.org petition opposing it currently stands at 291,000 whilst a petition on the government’s website attracted 304,255 signatories before it closed in 2013.

Opponents of the cull come from every corner of the UK, including demographics not traditionally associated with the growing vegan movement, such as the National Trust. As Dominic Dyer described in ‘Badgered to Death’: “What started to worry backbench Tory MPs and whips in Parliament was the broad coalition of people from all walks of life and backgrounds who joined the Badger Army marches. Doctors, nurses, vets, teachers, architects, retired RAF and commercial pilots-this was not your stereotypical animal rights, far left anti globalisation movement’…the simple fact is that badgers got this disease as a form of industrial pollution from intensive farming systems’.

The plot, however, thickens. In February 2017, Hounds Off, an organisation which supports those suffering from hunt trespass, discovered via a loose lipped hunt supporter who mistook them for fellow hunt enthusiasts, that the Kimblewick hunt hounds were infected with bTB. They immediately submitted a Freedom of Information request to DEFRA, which confirmed that bTB had been discovered in hounds. It wasn’t the first time either — the disease had also been found a few years previously in Irish foxhounds.

The request was submitted on 21st February 2017, and once the press was alerted and began to ask questions, it was clear that the outbreak had been discovered.

Lord Gardiner of Kimble, Defra’s Parliamentary Secretary of State at the time, is the former deputy chief executive of the pro-hunting Countryside Alliance and an honorary member of the Kimblewick hunt. This may explain DEFRA’s reluctance to act. A report published in July 2018 confirmed the full extent of the outbreak: 97 hounds killed, missing hounds and records, and confirmation that hounds were a ‘real and plausible risk’.

Despite this, all DEFRA did was implement a ban on feeding hounds offal from ‘fallen stock’ (animals who have died on farms due to natural causes or disease, or who have been killed for reasons other than human consumption). The report left many wondering why there was, and is, no moratorium on hunting when 21 veterinary surgeons wrote to the official journal of the British Veterinary Association saying that, ’There is now a great deal more evidence that infected hunting hounds are spreading bTB, both across species and across county lines, than there has ever been for badgers doing so’.

The links between animal agriculture, hunting and the badger cull are strong. Disease, lax bio-security, the huge costs to the taxpayer in a time of austerity, wildlife crime, TB infected meat, fallen stock, foxhounds routinely shot and disposed of at hunt kennels with no checks and accusations of cover-ups, are some of the seediest sides of animal agriculture, sides which many remain unaware of.

Wild animals make up a mere 4% of earth’s mammals, humans 36% and farmed animals a staggering 60%. Since the rise of human civilisation, 83% of wild mammals have been lost, with 60% of the world’s wildlife having been wiped out since the 1970s. A UN report recently found that around one million animal and plant species are now threatened with extinction. Many of these are forecast to occur within decades. These figures are extraordinary and represent more life lost than ever before in human history.

Killing thousands of badgers is a threat to biodiversity. Conservationists have warned the government that eliminating badgers from certain areas has serious consequences for other species and habitats within the delicate ecosystem. An increase in other predators is a likely consequence, and has negative impacts for prey animals, disrupting the entire system. All this despite data showing that 94% of bovine TB infections were due to cattle to cattle infection (worsened by intensive farming practices), not badgers.

The Badger Trust is one of several groups advocating vaccination as a solution. Vaccination is also far more cost effective for the taxpayer, costing an average of £200 per animal compared to an average of £1,100 to cage trap and kill a single badger. The ultimate costs of animal agriculture are high and impact all species.

Animal Rebellion seeks to tackle these issues from the top down. We know that a mass extinction is already underway and that while animal agriculture continues, climate change is inevitable. But wild animals are also paying a huge price for animal farming.

If you care about wildlife, if you oppose the cull, if you’re a taxpayer, if you want to combat the climate emergency, if you care about science or justice — rebel. Join Animal Rebellion.