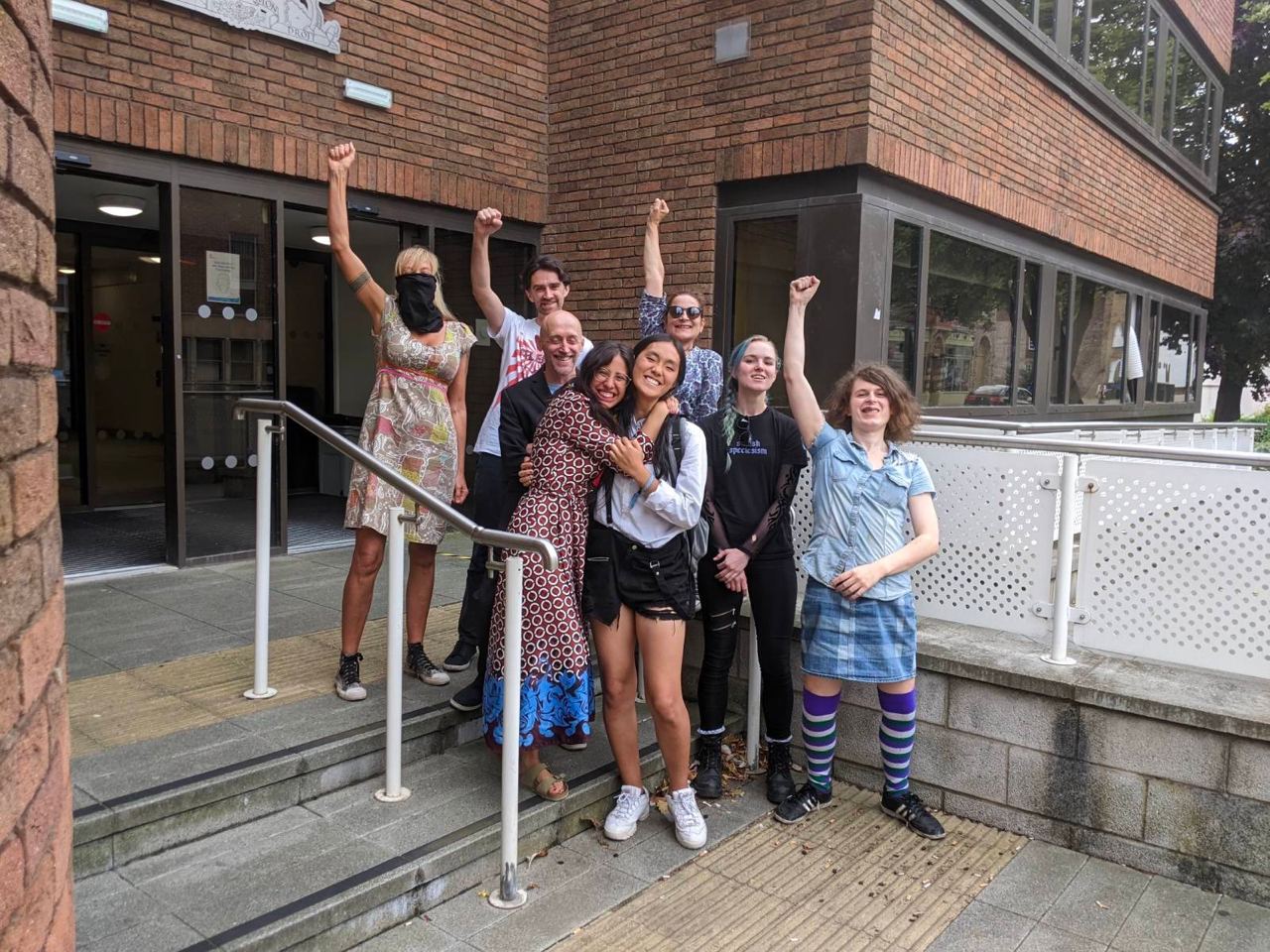 On the 31st of August, 2021, Animal Rebellion blockaded an Arla factory in Aylesbury responsible for processing 10% of the UK’s dairy1.

The climate and animal justice group claim that they occupied the road outside the site for 18 hours because the dairy industry is fuelling our climate and ecological crises.

Today, 8 of those arrested and charged with obstruction of a public highway were acquitted at High Wycombe Magistrate’s Court. The verdict comes just days after England saw a record-breaking heatwave and wildfires.

Kat, one of those acquitted, said:

“Today’s verdict shows that judges are waking up to the urgency of our climate and animal emergencies. Without immediate action, we will see more extreme weather events, crop failures, and conflicts over resources we currently take for granted.

Now, more than ever, governments need to support farmers in a transition to a plant-based future. Rewilding the land freed up by such a transition could draw-down the same amount of carbon released by burning fossil fuels each year, as well as returning vital habitats to species at risk of extinction.

This September, we have no choice but to take disruptive action against the dairy industry again because scientists have declared a code red for humanity. The climate crisis changes everything, and the solution is clear: a plant-based food system will ensure a liveable future for all.”