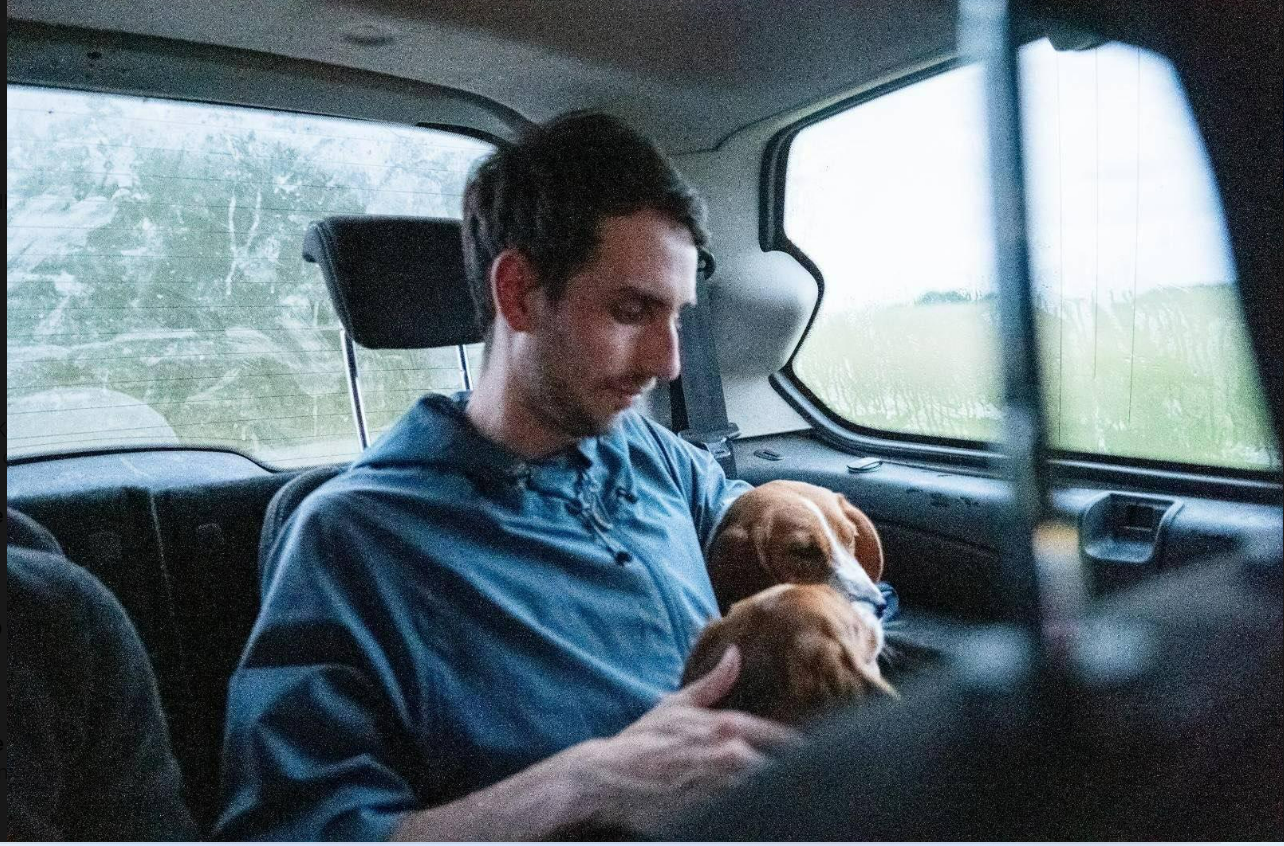 On 8/7/22 Birds Solicitors and Commons Legal, who were representing the 12 defendents, recieved the news that the CPS and MBR would not allow the British public the opportunity to condemn animal testing via a jury trial. This is an astonishing move of cowardice, that displays both the CPS and MBR know ordinary people will not stand for the outdated and barbaric use of animals for experimentation. This is despite new footage released by AFM showing 3 of the dogs with Ben Newman and Dan Kidby.

Ben Newman, one of the 3 who took accountability for the liberation, has said “I broke in to MBR and freed the beagles, always with the intention to have a jury trial as I believed that a jury would be able to see that we were right and animal testing was wrong. I thought I would have to let a jury decide, but it appears the government haven’t got the guts to even have the trial. I hope this sends a clear message around the UK and around the world that there is no place for animal testing in 2022”

The CPS and MBR are both acutely aware that the people of this country are against animal testing [2]. They must know that a jury of 12 ordinary citizens will find the “MBR 12” not guilty of burglary, and animal testing guilty of unimaginable and unneccesary cruelty against millions of innocent animals each year [3].

Dan Kidby, another liberator, said “We rescued 5 beautiful dogs from the animal testing industry because it was the right thing to do, and we knew any jury in England would see it that way. We handed ourselves into the police station voluntarily and took full accountability for our actions because we wanted to put animal testing on trial. We still want to do this, animal testing must end.”

The decision to drop the charges against the 3 who openly admitted to rescuing the 5 beagles from torture and death, alongside the 9 who were outrageously brought up on the same charges of burglary, marks a watershed moment for the animal rights movement in the UK. It should mark the death knell for the industry, and a definitive step towards total animal justice. AFM plan to continue their campaign of nonviolent direct action (NVDA) until their demands have been achieved.

The unprecedented decision to drop all charges is an admission that animal testing must be immediately suspended and a public inquiry into the practice carried out as soon as possible, as has been promised since Barry Horne’s hunger strikes that ended in his 2001 death.

AFM demand an immediate suspension of all animal testing in the UK, pending a public inquiry.

AFM is a project by Animal Rebellion, who are also working for animal justice.

The latest video showing the liberation of 3 of the 5 dogs can be found here: https://drive.google.com/file/d/1JsXyY5DndSeBrSYEUVKunARXgTEIEDjC/view?usp=sharing