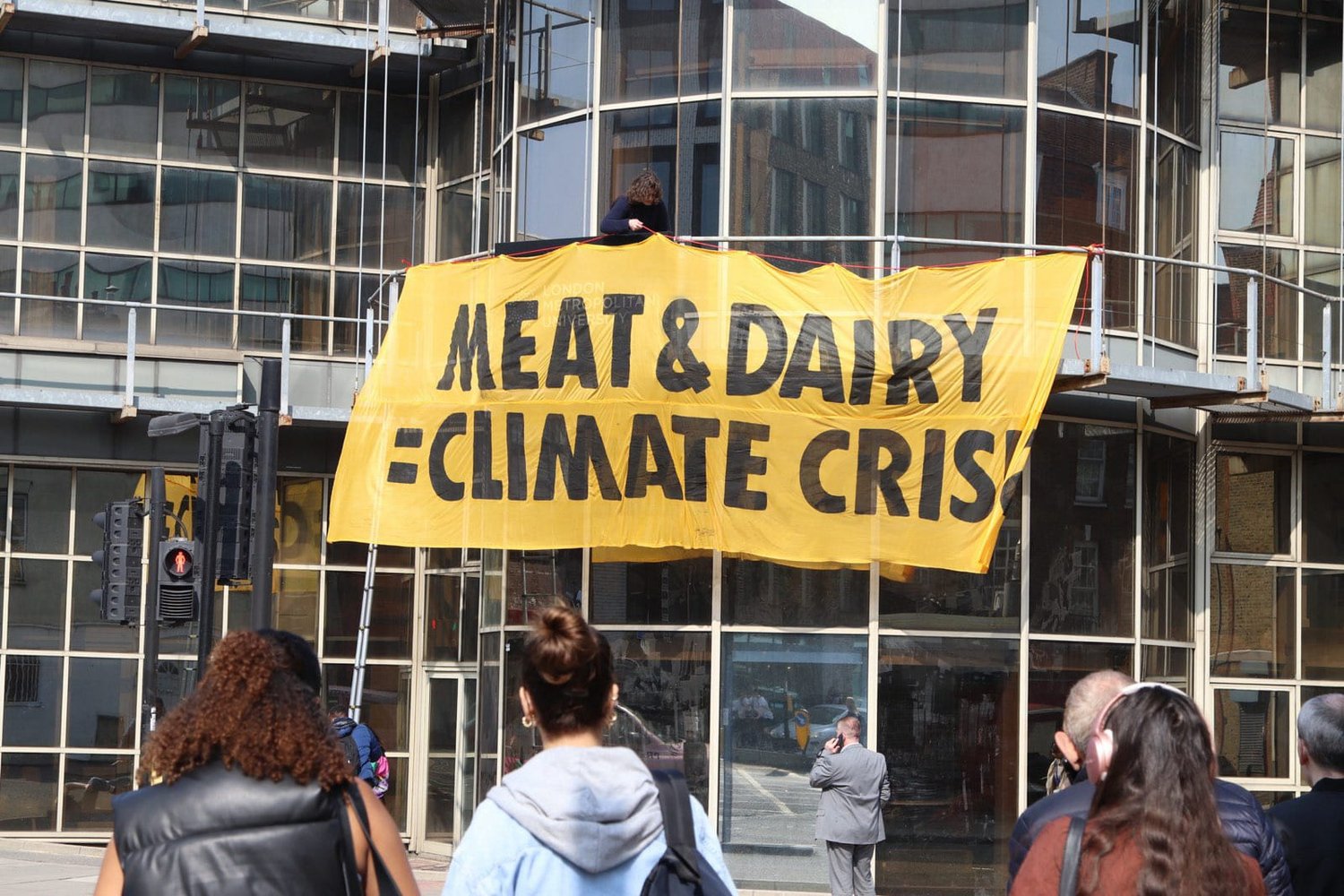 As we come towards the end of the 2021-22 academic year, it’s time to reflect on the jaw dropping growth of the plant-based universities campaign. From a handful of the UK’s universities being involved last October, the campaign is now live in over a dozen institutions with many more in the pipeline!

The plant-based universities campaign is a decentralised push by students across the UK; students are demanding their university transition to 100% just and sustainable plant-based catering by the 2023-24 academic year. Why? It’s quite simple, industries like meat, fishing, and dairy are destroying the environment, humans, and animals.

Universities are where a great deal of this research comes from, and therefore these institutions have an obligation to listen to themselves. All roads lead to Rome (or in this case just and sustainable plant-based catering!)

At the University of Warwick a vote to begin the transition was only narrowly lost, despite constant sabotage and underhand tactics from university committees and student union officers. Meanwhile the campaign made waves in Lancaster, garnering the attention of national student newspaper The Tab. At the University of Sussex campaigners even wiped the floor with their opponents in an organised debate on the topic!

In an interview with Sentient Media Nathan McGovern underscored the intersectional justice the campaign is dedicated to; the just and sustainable plant-based food system the campaign aims towards is part of the greater push for human, animal, and climate justice.

On the 25th of March the campaign rocked the boat London-wide, after the teams at University College London, King’s College London, and London Metropolitan University orchestrated simultaneous banner drops! The banners read “meat & dairy = climate crisis.” This very simply spells out the situation to these institutions, who are oftentimes the source of the conclusive data on the matter! Students decided to take direct action due to the unresponsiveness and lack of engagement from their universities and student unions.

Speaking at the action, Sofia Carolina Fernandes Pontes, a student at London Metropolitan has said

“It’s simple, universities have to act on the climate crisis and that begins with their menus. We know that meat, fish, and dairy are driving climate collapse, deforestation, and ocean dead zones. This is all whilst we produce enough to feed ten billion people, yet have hundreds of millions starving all over the world because of our woefully immoral food systems. Universities must transition to fully just and sustainable plant-based catering by the 2023-24 academic year in order to secure a livable world for the students they are educating.“

Meanwhile, at the University of Exeter, Emma de Saram is tirelessly pushing for climate, animal, and social justice in the South-West! Speaking to us she said:

At Exeter, while we have a passionate group of students and incredible academics pushing for a plant based campus, we are repeatedly halted by bureaucracy and the University system that places profit over the planet. We launched our campaign in February with a stall and online talk with activists and researchers, and have had small successes like a week-long price reduction for veggie options, but we still have a battle to fight.

With the campaign set to have upwards of 20 universities involved by the start of the 2022-23 academic year, the future is bright! We’re still looking to support and help as many students across the UK as we possibly can, so fill out our interest form here: https://docs.google.com/forms/d/e/1FAIpQLSdI88OPSTQ76if-ip32HoDwVXEA1Ua3SOzZ1ztTd0w_5YwP7Q/viewform !