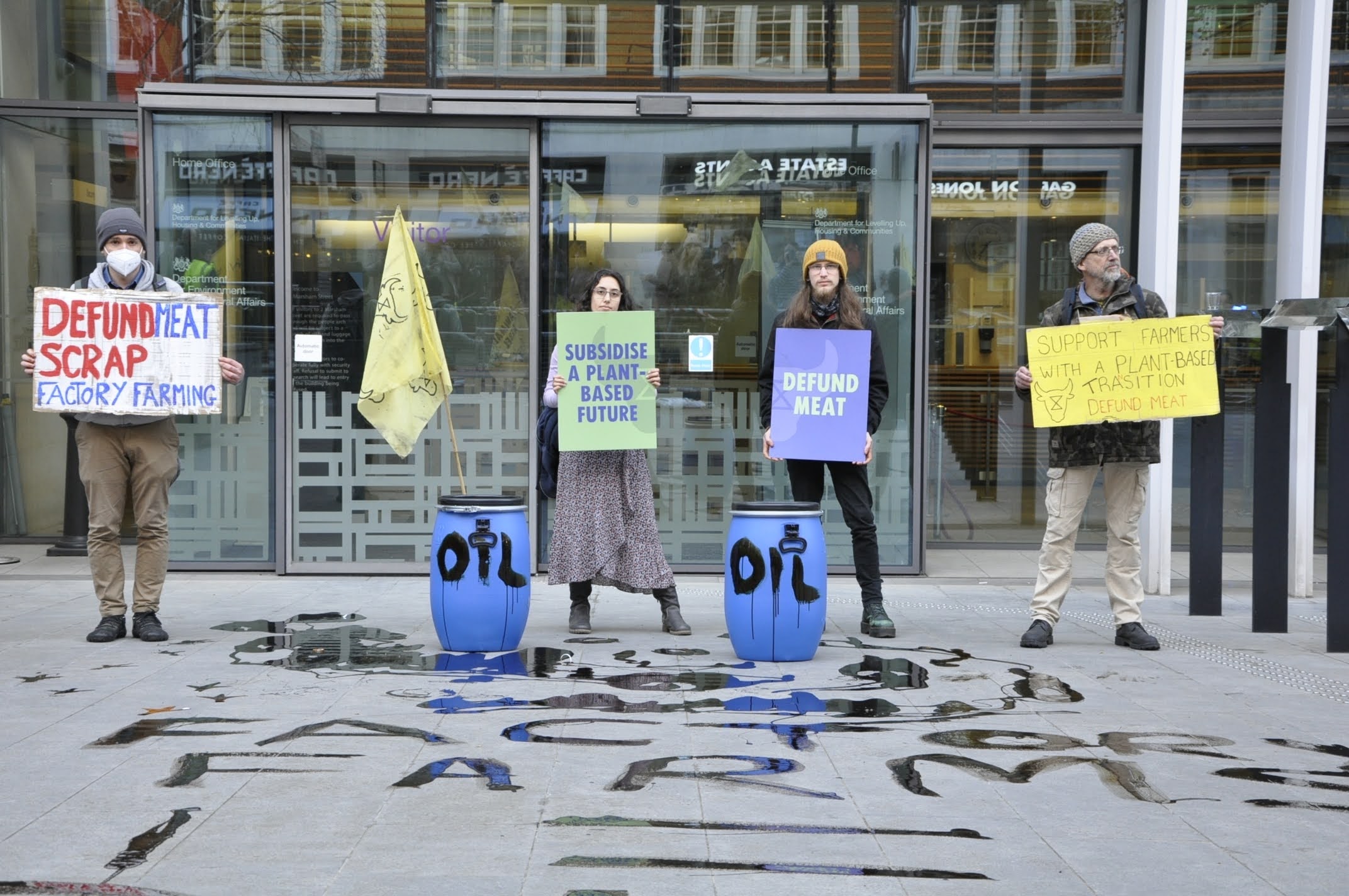 Campaigners from the Scrap Factory Farming campaign and direct action organisation Animal Rebellion staged a demonstration outside the Department for Environment, Food and Rural Affairs in London today (Thursday, 14/04/2022) to highlight the link between factory farming and oil.

Prop barrels of oil were placed in front of the building with a plant-based oil-like substance seen leaking from them. Cow hoofprints and chicken footprints were seen in the oil leading from the front of the building to the staff entrance. Protestors stood outside were handing out fliers and holding placards with slogans like “Defund Oil. Scrap Factory Farming”.

A spokesperson for the action, Robert Gordon, said:

“Factory farming is fuelled by oil. A huge amount of land and oil-based fertilisers are used to grow crops, like soya and grains, for animal feed to be given to animals cruelly kept in sheds. Farming in this way is incredibly oil-intensive and inefficient, contributing to the climate and ecological crises that threaten our collective future.

Just this week, the BBC reported that animal feed prices have gone up 70% since 20201 due to rising fuel costs. This shows that animal agriculture is unsustainable for farmers, as well as for the planet, owing to their reliance on unpredictable, expensive, and environmentally damaging fossil fuel supplies. We are targeting DEFRA today because they have a moral responsibility to support farmers in a just transition to a sustainable plant-based food system for the livelihoods of farmers and the lives of us all”

The Scrap Factory Farming campaign are trying to take DEFRA for judicial review over the public and environmental health risks associated with factory farming, including pandemics, antibiotic resistance, and air pollution2.