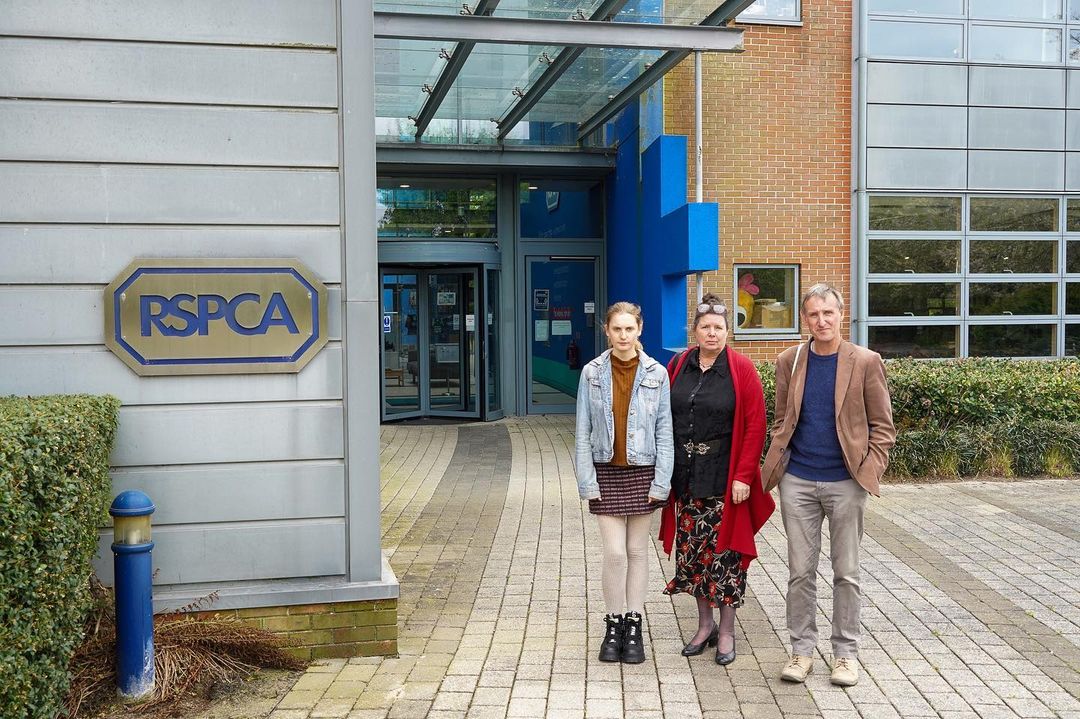 An Animal Rebellion delegation that included two ex-RSPCA trustees has met with the RSPCA to press the charity to back a fair transition to a plant-based food system for animals and the planet.

The meeting was with senior RSPCA officers at the charity’s head office in Southwater, West Sussex.

Animal Rebellion is pressing for the UK’s oldest and largest animal welfare organisation to officially come out in support of transitioning to a plant-based system.

Jane Tredgett said: “There are so many reasons for the RSPCA to help the world move to a just plant-based food system. It is almost 200 years old, with its anniversary shortly. Its founders were brave and forward thinking, it would be a fitting recognition of its origins if the RSPCA now stepped up on a plant-based future.”

Martin Whybrow added: “It is impossible to meet the targets needed to limit global heating without the shift to a plant-based food system. Already, millions of humans and animals are suffering from the effects of extreme climate. It makes total sense for a charity dedicated to animal welfare to join the dots.”

At present, for all the good work that is carried out by the charity, it has no commitment to ending animal farming and, indeed, with its Assured scheme, helps to give a veneer of respectability to the industry.

As well as the impact of the meat and dairy industries on the climate crisis, there are the animal welfare and human health implications. Jane Tredgett is founder of Humane Being, claimant in the legal challenge to the UK central government regarding the human health risks of factory farming.1

Harley McDonald-Eckersall concluded: “While the meeting was constructive, the important thing is what happens next. We want to see real action and a public statement from the RSPCA in support of the urgent need for a plant-based future. The time for vague promises and platitudes has passed, the crisis is already with us.”