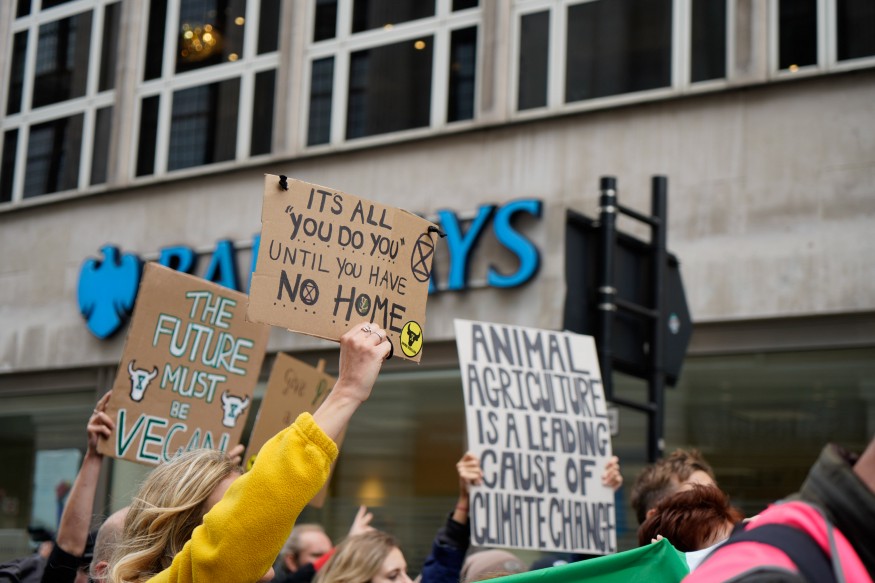 Animal Rebellion’s change of plans over Smithfield was controversial and we have listened to the valid and thoughtful criticism that it was undemocratic. The reason for the change of plans has been explained elsewhere so here we will focus on how we can improve our democratic decision making over the Rebellion.

Due to a combination of different factors — time pressures, safety concerns, being a very young organization, the Rebel Alliance, our strategy and the limitations of our small but dedicated team of volunteers — it was not possible to open this decision up to the wider community.

Decentralized decision making has always been the aim. We believe that the best way to achieve this is via People’s Assemblies. This is a grassroots method of self organizing that allows groups of people to discuss issues and make decisions collectively, so that no one group or individual can dominate the process. They also allow us to model participatory democracy, whereby ideas, feedback and decision making is done as a collective endeavour. People’s Assemblies have been used in France and by the Occupy Movement. This movement is about issues far bigger than any of us as individuals, and doing the best we can as a group to achieve our aims for animals and the planet is the goal.

People’s Assemblies can help build the movement. Assemblies held in public draw members of the public into the conversation and add their voice to the debate. They can also be used during direct actions, such as occupations or other forms of non violent civil disobedience. Groups of any size can discuss issues or make decisions collectively regarding moving our aims and objectives forward (for example, direct action groups making emergency decisions themselves).

We do not want to replicate existing power structures. We have a diversity of voices within our movement and all deserve to be heard using active listening — the technique of hearing someone out before developing any response to ensure everyone gets a voice in a supportive, trusting environment. No one individual or group holds all the answers and these issues are not ones that demand point scoring or intellectual jousting but instead using the wisdom of the crowd as a collective. To do this, there is a list of hand signals we use to allow meetings to run smoothly and be radically inclusive.

Trust is an important factor. Trust in the process, the facilitator and the other participants. That’s why the system and process are agreed on at the beginning.

No system is perfect but coming together in humility in order to work towards decisions and actions that are best for all and achieve our aims is the goal. This is your movement, my movement, our movement.

Let’s hear from one of our rebels, Dulcie Ruttley-Dornan, and her experience of democratic decision making at the rebellion:

Animal Rebellion: My experience of a decentralised system.

“For a long time, I have felt dismayed at hierarchical systems and the way they often end up benefiting those sitting comfortably at the top whilst the minions at the bottom do their dirty work; work that they don’t necessarily agree with and also have little say in. A decentralised system, however, seemed ideological and an impossible reality. Thanks to Animal Rebellion, I have recently had a change of heart on this.

Every day we hold a People’s Assembly to create new plans and actions for the following 24 hours, determined by the consensus. Anyone is welcome to attend, including the Police…and they always do! During Day 2 of the rebellion, we had a tough decision to make, which would impact the future of Animal Rebellion and had the potential to make or break us. The question put to the rebels was whether to hold our site at DEFRA, joining forces with Extinction Rebellion, or to march to Trafalgar Square and set up camp? In small groups of around 10 people, we first discussed the possibilities surrounding the question at hand in detail, then summarised our points and decided on 3 core issues to support our overall argument in answer to the question. A facilitator or scribe from each group then shared our thoughts and opinions over the microphone to everyone at thePeople’s Assembly. One by one the facilitators stated the consensus of their smaller groups, resulting in an almost equal divide for ‘Stay at DEFRA’ and ‘Go to Trafalgar’. Finally, a committee, which was formed by volunteers and nominees on Day 1, held their own discussion incorporating all of the opinions brought up during the meeting. Ultimately, the decision was made to stay and hold our site at DEFRA!

The reason this changed my view of a decentralised system is what came next. There was such a strong sense of solidarity, even from those who had voted to leave the site. Through the deep discussion in our small groups and giving the opportunity to speak and be heard to everyone, the Animal Rebellion members understood the reasoning behind the decision to hold our base at DEFRA. We had explored the pros and cons of all of our options, including the risks involved in staying and the symbolism of DEFRA; what with it being the chief government department that props up the animal farming industry! We also understood and supported those who made their own decisions to go to Trafalgar Square by helping them with their belongings and keeping them informed of Animal Rebellion’s planned actions. Due to the process of the People’s Assembly, gathering opinions from everyone and making decisions together, we all had a beneficial input in the process.

I have used words like ‘we’ and ‘our’ throughout this short piece deliberately, because all Animal Rebellion members are essential cogs in the grander mechanisms of the system: Animal Rebellion is truly decentralised and I can’t think of a more inclusive system. What a decentralised system loses in surprise tactics (since the Public Assembly’s are literally public), it gains in open, honest, and inclusive decision making. We become ever stronger with increased solidarity and our positivity continues.”

The People’s Rebellion: This Is What Democracy Looks Like
Scroll to top
PLANT-BASED FUTURE ACTIONS HAPPENING NOW!