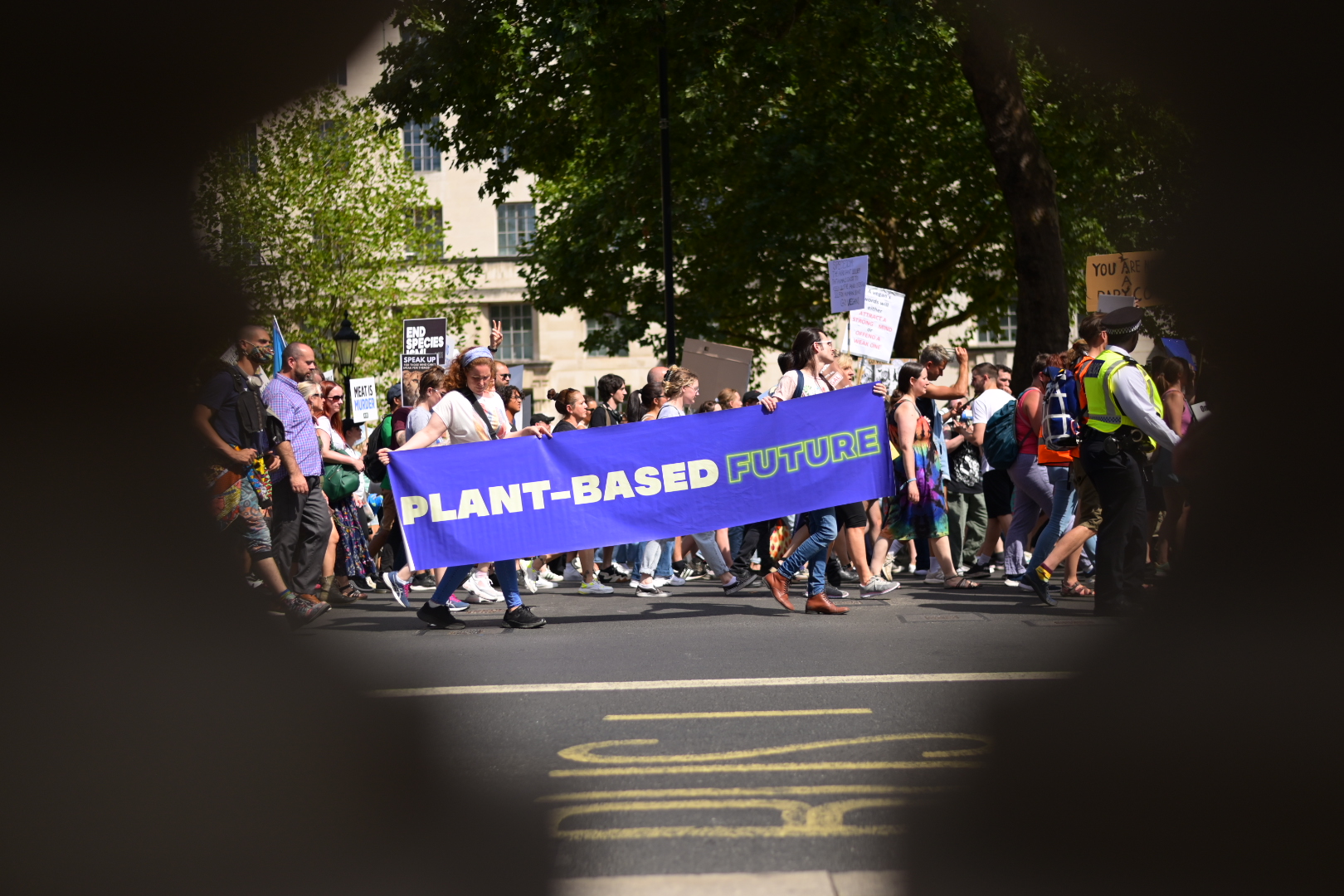 In the first two weeks of September, Animal Rebellion will take nonviolent action to stop the supply of dairy to UK Supermarkets, meaning millions of consumers will be unable to buy dairy milk.

We have spent months trying all the proper channels to engage with the Government on the scientific consensus to transition to a plant-based future, but they have chosen to ignore us. We have left with no choice but to step into civil resistance to pressure government action to preserve our futures.

We are announcing our intentions in advance so the British public to prepare for a disruption to the milk supply this September. We apologise for any stress this may cause during a cost of living crisis, but the government are sleepwalking every single one of us into poverty, misery, and climate and ecological collapse We cannot sit by and let this happen.

According to Sir David King (former Chief Scientific Advisor to Blair and Brown, whilst also serving under Cameron) what we do in the next 2-3 years will determine the future of humanity [2]. The climate crisis is already causing wildfires and droughts in this country, and the Global South is facing mass starvation and migration. This is just a prelude to what is to come if we fail to act.

The science is clear, supporting farmers to transition to a plant-based food system, and then rewilding the freed-up land is the key solution to the climate and nature crises.

According to scientists at Harvard University, if we make this transition the UK can reduce emissions and drawdown enough carbon to be net negative in emissions, whilst ensuring food security by sufficiently feeding the population on less land [3]. As part of this transition, we can invest in British farming and rural communities, and also rewild our land, restoring Britain’s beautiful wildlife – hedgehogs, badgers and birds. If we transition to a plant-based future we all win.

We recognise that we are calling for nothing less than a complete transformation of our food system. This will only happen through bold political leadership, we need politicians who listen to the data being presented to us by scientists from Oxford and the IPCC, to name a few [4]. They must tell the truth and act in line with the severity of the situation we are in.

Instead, our political leaders are completely failing to take any meaningful action to protect our homes, our children, and all life. Instead, they are worrying about narrow short-term interests of profit and power. They fail to act on climate, just as they fail to act on the cost of living crisis, they can’t even act on their own corruption.

After three successive prime ministerial resignations, countless scandals, and further descent into crisis, we declare that we have no confidence in the government.

We have had enough of hoping the government will do the right thing. Animal Rebellion, with other movements, are rising up because we believe change is possible. We are willing to nonviolently bring it about, no matter the personal cost.

We are in rebellion, for all life.