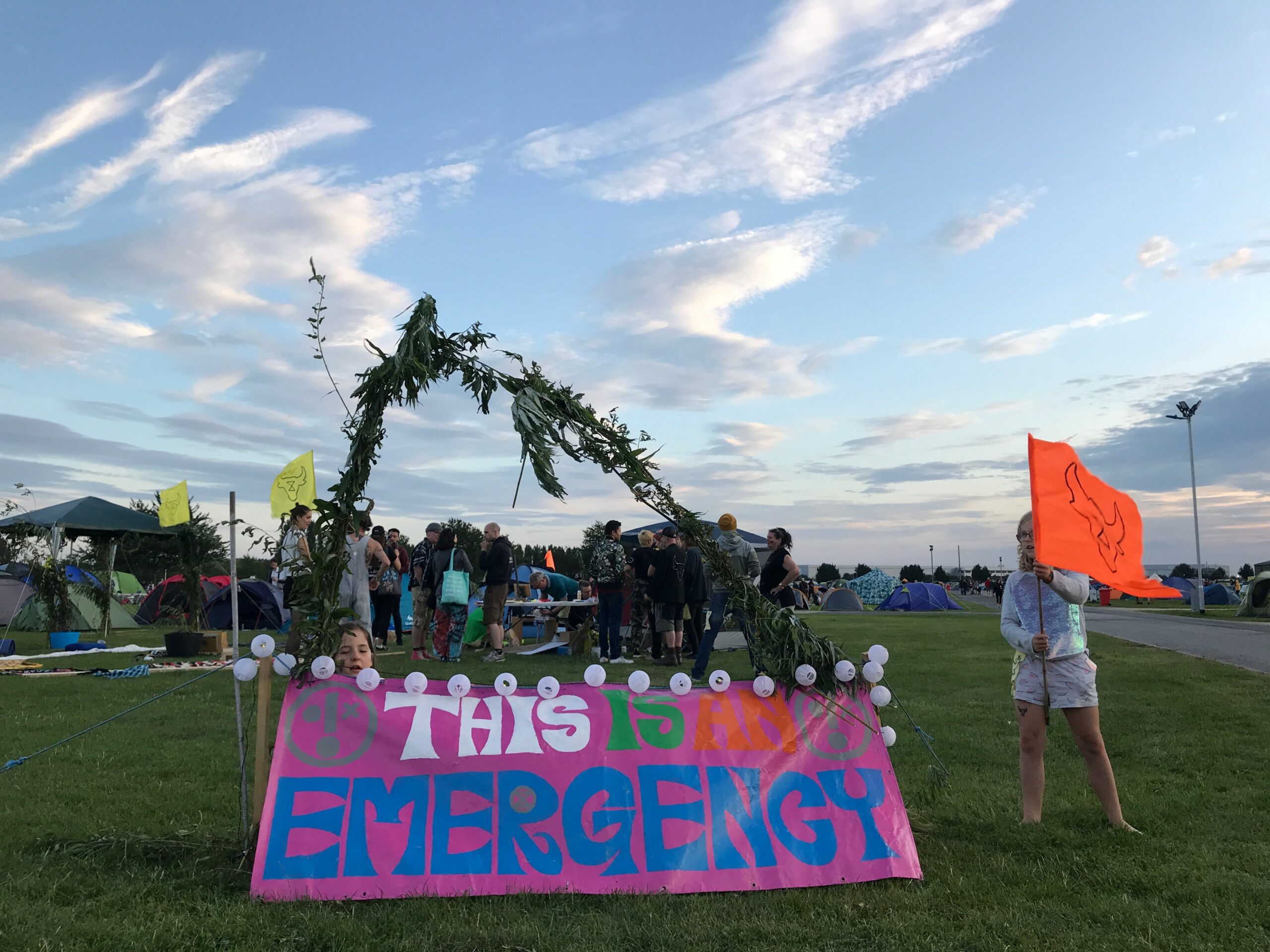 Animal Rebellion’s announcement that Smithfield Market, the UK’s largest and oldest market servicing the animal agriculture industry, would be our primary site for the October International Rebellion made complete sense to the animal justice community.

For others, locating our primary site away from Westminster wasn’t in line with the bigger picture. If we are to stand together in a Movement of Movements then our individual specific demands should be swept aside to make it clear the government, the system, is our target.

We’ll reveal more of our plans in the next few weeks but in the meantime we’ve listened to the concerns of those in the Rebel Alliance, including the views of XR. That’s why we announced our Reforest The Amazon action — to plant trees on Parliament Square and keep focused attention on the outrage of the burning Amazon. That’s why our joint action with sister animal justice groups The Save Movement and Animal Justice Project took place outside DEFRA.

After all, DEFRA is the government agency sustaining animal agriculture’s devastation of our planet. In a restaurant-themed theatrical protest, the government, animal agriculture and the food sector are depicted tucking into the Earth, dining on the destruction of our natural world. After their ‘meal’, the diners are presented with a bill itemising the animal and environmental costs of their roles in supporting, maintaining and profiting from it. This is the tone of all our protests: joyful, dramatic, peaceful, and transformative.

Smithfield as a symbolic site of injustice

We still maintain that as one of our targets Smithfield is perfectly in line with the bigger picture. In the same way XR publicly partnered in solidarity with anti-colonialist Stop the Maangamizi campaign, in the same way it talks about class, gender, patriarchy and sexuality, we are focusing our attention on the impact climate breakdown has on farm animals as a marginalized group. Even the founders readily admit XR is not just a climate movement. We’re expecting the October Rebellion to include actions against the banks and oil companies that fund greenhouse gas emissions, so why shouldn’t we target the animal agriculture industries equally complicit in ecocide?

Without Animal Rebellion we risk forging a world fit only for humanity and wildlife. We know that billions of animals trapped within animal agriculture deserve a just present and a safe future too. The only sustainable future is ecocentric, not the current anthropocentric view of animals and the planet as ours to exploit.

Our belief is that you cannot fix the climate emergency without ending the animal emergency. The two are fundamentally interlinked.That’s whywe chose Smithfield market as our target, because it is an arena of both animal and climate injustice. It is the ideal site to spark public debate on the importance of transforming society; to get people talking around the dinner table about the injustice and destruction served up on their plates. So, although our action takes place at Smithfield, the focus of our demands is, without doubt, the government.

That’s why Animal Rebellion is reaching out to Smithfield, the traders, workers and drivers, to request dialogue and make it clear we are not here to destroy their livelihoods but urge the government to legislate for a plant-based society. The aspect of disruption at Smithfield has stirred a passionate debate on both sides of the divide, where we’ve often been characterized as angry, militant vegans wanting to take money out of the ordinary working man’s pocket. It’s clear our strategy has been misunderstood.

What we mean by disruption

We demand top-down, system change, to put in place the necessary infrastructure for a plant-based food system. So this means our protests do not target individuals, they are not directed at converting people to veganism, and they do not involve DxE style disruptions at restaurants or supermarkets. Indeed, DxE are just one of the many fantastic groups already employing these methods and so it makes little sense simply replicating their tactics. Animal Rebellion does, it must be made clear, fully support them as fellow animal justice advocates.

Our success is not measured by the disruption we cause Smithfield, which won’t be significant. We win when our vision is seen and heard, when we shift public opinion and put pressure the government. We win when the tone of our actions is friendly, loving and nonviolent. We win when we show the nation our actions are justified; and the government needs to hear and see that. We achieve victory with the courageous and peaceful nature of our actions, we win when we win hearts and minds with our vision of a healthy, just and pioneering plant-based food system for the UK.

The system rather than the individual

So what does this mean for our local, affinity and international groups? How can our members carry out protests in the name of Animal Rebellion? When we talk of ‘disruption’, we want to disrupt the toxic system. Actions could include petitioning local institutions, schools, universities, councils, hospitals, to go plant-based. It could include making sure local press put plant-based at the top of the agenda, or even challenging misinformation about the science and animal agriculture. You could open dialogue with any large agricultural corporations in your area. Even lobby your local MP. Anything that forces the system rather than the individual to change.

In the next few weeks your bravery and devotion can be expressed by giving up your time; joining actions; risking arrest; leaving your jobs or reducing to part-time hours; moving away from family and friends to help build the new plant-based society; setting up affinity groups for the October Rebellion; doing outreach to encourage others; organizing talks and trainings; fundraising; completing the volunteer form and sending it to people around you; coming to London and camping overnight in the cold.

We win when the October Rebellion sets an example of love, reconciliation, no blaming or shaming. We succeed as we transform the way we, as a society, view our relationship with animals and the world around us.

Change is difficult. Tradition is hard to overcome. Yet the arc of history bends towards justice, including for animals. That’s why we’ve chosen Smithfield as a site. If we can end the animal emergency — and that will need bravery, it will need symbolic acts, it will need people to take to the streets — then, and only then, will we have a real chance of fixing the climate emergency and building a world fit for all beings.

Animal Rebellion’s Strategy to Ensure Climate and Animal Justice Is at the Forefront of a Sustainable World
Scroll to top
PLANT-BASED FUTURE ACTIONS HAPPENING NOW!