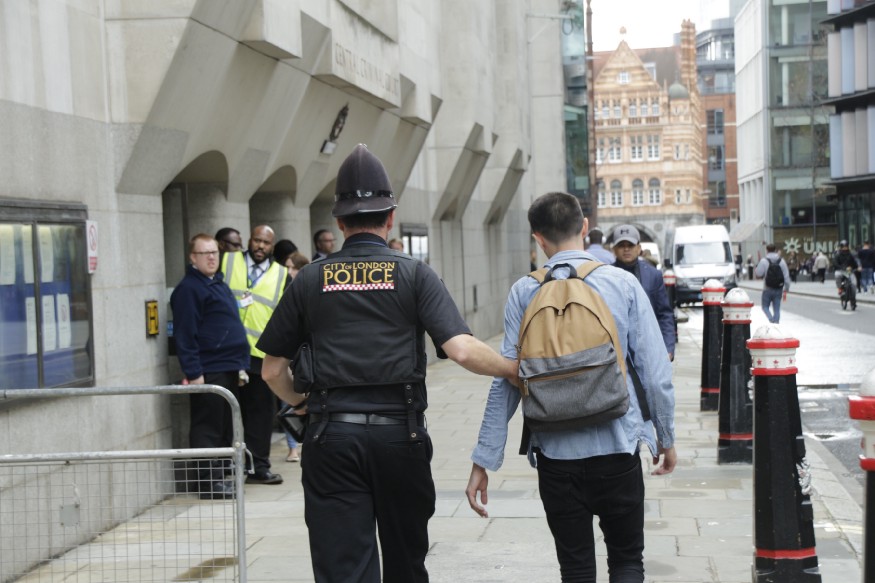 Animal Rebellion’s October action promises a major transformation in the way we talk about a plant-based society and a colourful, creative vision of what a just and sustainable food system should be. We are in a climate and ecological emergency. If we want life to continue, the only viable option is an end to the industries responsible for greenhouse gas emissions, animal suffering and environmental destruction.

Ending the animal farming and fishing industries won’t be easy and requires the courage of our rebels to openly challenge our toxic system in civil disobedience. Of course, this means breaking the law but, as our friends at Extinction Rebellion say, “If your house is on fire, you break a window to rescue those trapped inside”.

While we don’t glamorize or insist on arrests, we do see them as an approach to achieving our demands. Why? The answer can be found in our first demand: tell the truth. The legal system — the jurors, lawyers, magistrates — need to understand the urgency of the situation.

What better, more sincere, more compelling way of getting the message across than people pledging to risk their freedom? As Martin Luther King said, “One has a moral responsibility to disobey unjust laws”. The criminal justice system offers an opportunity to raise public and political awareness of the climate and animal emergency. A plant-based world is possible… if we rebel now.

We know what getting arrested entails and the implications it may have for your future, for your career, and for your family. Indeed, many of us are not in the privileged position to take that chance and minority groups are much more vulnerable to unfair treatment from the justice system. While all actions involve some form of risk, Animal Rebellion will never encourage you to be arrested if you haven’t made the conscious choice to do so.

We urge all rebels, including those who are committed arrestees, those who are unsure, and those who are absolutely unable to put themselves in that position, to know about their rights and the consequences of arrest.

It must be made clear that we cannot give out legal advice and it’s highly recommended you take independent legal counsel if considering arrest. In any case, Extinction Rebellion offer documents on arrest and the legal process, plus stories of the protesters prosecuted in April’s International Rebellion. You can also check out our detailed advice page.

What makes our movement so successful is the stringent planning and informed decisions made by rebels. Make sure you read to the end for a list of available resources, whether you are planning to be an arrestee or not.

We asked three Animal Rebels to explain their decision and why they feel it’s important to act now:

“I’ve got to this age with only ever having three points on my driver’s licence… now I’m prepared to get arrested.”

“I’ve been an animal rights advocate for 30 years by going on marches, etc. Regular stuff just hasn’t worked and there needs to be something that really ups the ante. When you look back in history at Martin Luther King and the civil rights movement, you don’t really remember the getting arrested part, but you do remember people taking quite bold actions. Risking arrest was part of it. It does raise the profile, but I think it needs to be done effectively. I wouldn’t have signed up to get arrested at an event with just 10 people as it wouldn’t have the same impact. So having a situation where a number of people are prepared to get arrested at the same time does send quite a powerful message, particularly to my friends and family. As I haven’t done anything like this before, they will think I’ve either gone completely mad or they’ll remember I’m normally quite sensible so there must be a good reason why I’m doing it. It’s just more likely to get media attention. I wouldn’t sign up for anything violent.”

“Animal Rebellion is so new to me… it’s the first time I’ve done this type of activism.”

“I came to the UK from Australia and, although it’s not as much of a problem for Commonwealth citizens, I can’t get arrested if I want to easily stay in the country as there is a chance of deportation and problems with future job applications. A lot of film sets involving children require DBS checks, so there are potential consequences for future acting work or starting a production company. It’s sad; I’m very passionate about the cause but scared what will happen. In all of us is a great passion and anger to be doing the best we can to make a difference. I’ve only been vegan for a year and never done any activism, still everyone has been so supportive and it’s amazing to be part of it. There’s a real potential to shake up our system and take the next step. Animal Rebellion has been very supportive — for example, during the Reforest the Amazon protest, I wasn’t put in a position where I had to dig or do the action. I could step out and it was fine. I really hope they (the police) will be quite clear with their warnings.”

“I came to live in the UK from Poland when I was 6 years old. I joined Animal Rebellion as it seemed a good way to spread the message. Arrests are just one part of the way the movement works. I’m not a UK citizen and with issues around Brexit, it might complicate things a little if I get arrested. A record can impact on car insurance, etc. I’m still not sure but there are lots of training available and plenty of moral support from Animal Rebellion.”

Whatever your decision, please be as informed as possible. And even if you can’t get arrested, remember you can be a part of the big, supportive team around those that can. We can’t offer legal advice or funding but we can be with you every step of the way.

Here’s what rebels should do before coming in October:

· Attend one of our NVDA — Preparing for a Peaceful Rebellion sessions, Know Your Rights and How to Witness an Arrest trainings (please scroll down the document for an updated live list).

See you in October.

Civil Disobedience Doesn’t Have to Lead to Arrests… but Be Prepared.
Scroll to top