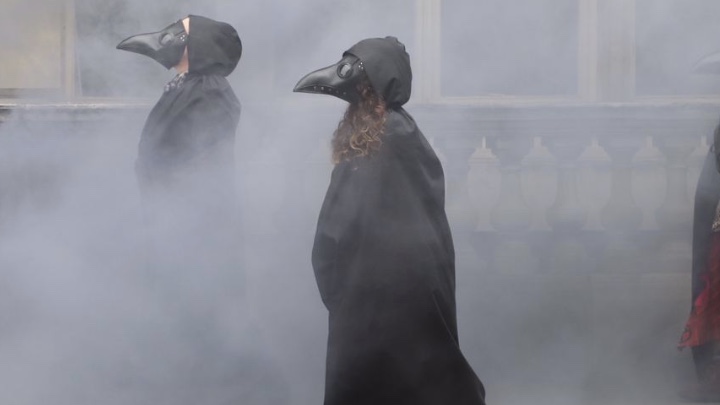 We are writing as a broad coalition to shine a light on animal agriculture as a key driver in the emergence of deadly diseases. We are urging the UK Government and Governments around the world to join together to take integrated action to prevent future zoonotic pandemics.

The Covid-19 tragedy has caused untold suffering to millions and future global pandemics, along with the climate emergency, represent public health threats of unprecedented magnitude. Yet, whilst Governments seek to stop the spread of the virus, you are failing to address its cause, which lies squarely at the feet of animal agriculture and exploitation.

Scientists have warned for years that human exploitation of the natural world, our relentless encroachment into wildlife habitats, deforestation, the trade in wild animals and seismic global growth of intensive livestock farming is creating a perfect storm for the spillover of diseases from animals to people – 75% of new infectious diseases originate in animals and the risks are increasing, but Governments repeatedly ignore these warnings.

This pandemic has shown us that our health depends on the health of animals and our shared environment but if you continue to ignore the relationship between the emergence of disease, animal agriculture, biodiversity loss and climate change, we will become ever more vulnerable to future pandemics. Governments must tell the truth- animal agriculture causes global pandemics.

The warnings from Covid-19 could not be starker- we act now, stop exploiting the natural world and animals, and transition towards a plant based food system, or face future zoonotic pandemics of catastrophic proportions. We have been warned.

Coronavirus is a zoonotic disease that jumped the species barrier from animals to humans, possibly in a Chinese ‘wet market’ in Wuhan. Stressed animals kept in tiny cages and close confines are slaughtered on site, their faeces, urine and blood mixing, providing optimal conditions for disease formation. The animal suffering is profound and millions of people are dying from Covid-19.

Tragedy from a zoonotic disease has happened before – SARS from contact with and consumption of civet cats & bats, HIV and Ebola from primates in Africa, and MERS from camels in the Middle East, and whilst Covid-19 is linked to the trade and consumption of wild animals, other dangerous zoonosis have emerged from chicken, pig and cattlefarming. Governments must tell the truth – this pandemic happened because people kill, eat and exploit animals.

Dr Michael Greger says: “If you want to create global pandemics, then build factory farms” and the truth is, the next pandemic is on our doorsteps and on our plates. The demand for cheap meat has fuelled a huge expansion of industrial farming– the UK slaughters over a billion animals a year from factory farms and we have 1770 intensive units, 800 of which are so vast, they’re classed as ‘mega farms’. Many of these hold over a million chickens, the largest pig unit holds 23,000 pigs and numbers are rising. Confining animals in intensive units is the biggest cause of animal cruelty in Britain today and every single factory farm represents a public health threat.

Animals in industrial facilities are kept in conditions so overcrowded, unsanitary and stressful that they provide ideal breeding grounds for pathogens to share genetic information, mutate and spread. Butchery and the consumption of meat also provide pathways for zoonotic infection – nearly half of human pandemics have come from domestic livestock, including measles, avian influenza- poultry, swine flu- pigs and foot and mouth disease- cattle.

Recent outbreaks of avian Influenza and swine flu have led to mass slaughter – millions of animals buried and burnt alive, their suffering incalculable. A new swine flu strain in China is believed to be a ‘potential pandemic concern’, indeed, one tiny genetic shift & the next Avian or Swine Flu could devastate human populations and Covid-19 will be remembered as a dress rehearsal. We must heed this warning – whether it’s a pathogen filled wildlife market in Asia or an intensive livestock unit in Europe, the problem is the same – our incessant demand for meat is creating deathly disease and global pandemics.

Covid-19 has also exposed the fragility of industrialised food systems – low paid meat workers disproportionately infected with many slaughterhouses forced to close resulted in human tragedy and catastrophic animal cruelty, yet Governments continue to bail out archaic food systems. The UK Government remains silent on these risks as it seeks a swift return to business as usual, even embarking on a possible USA trade deal which will further fuel livestock intensification, animal cruelty, antibiotic resistance risk and all our safety.

But there is another option. The global trauma caused by Covid-19 must be the tipping point. Our recovery means instigating an urgent shift away from unsustainable animal agriculture and we are calling on a worldwide alliance of individuals, cross party political leaders, scientists, NGOs and business stakeholders to support, implement and accelerate the transition towards a plant-based food system and healthy prospering ecosystems.

We the undersigned demand that:

Coalition to Abolish the Fur Trade

Letter For Our Future
Scroll to top