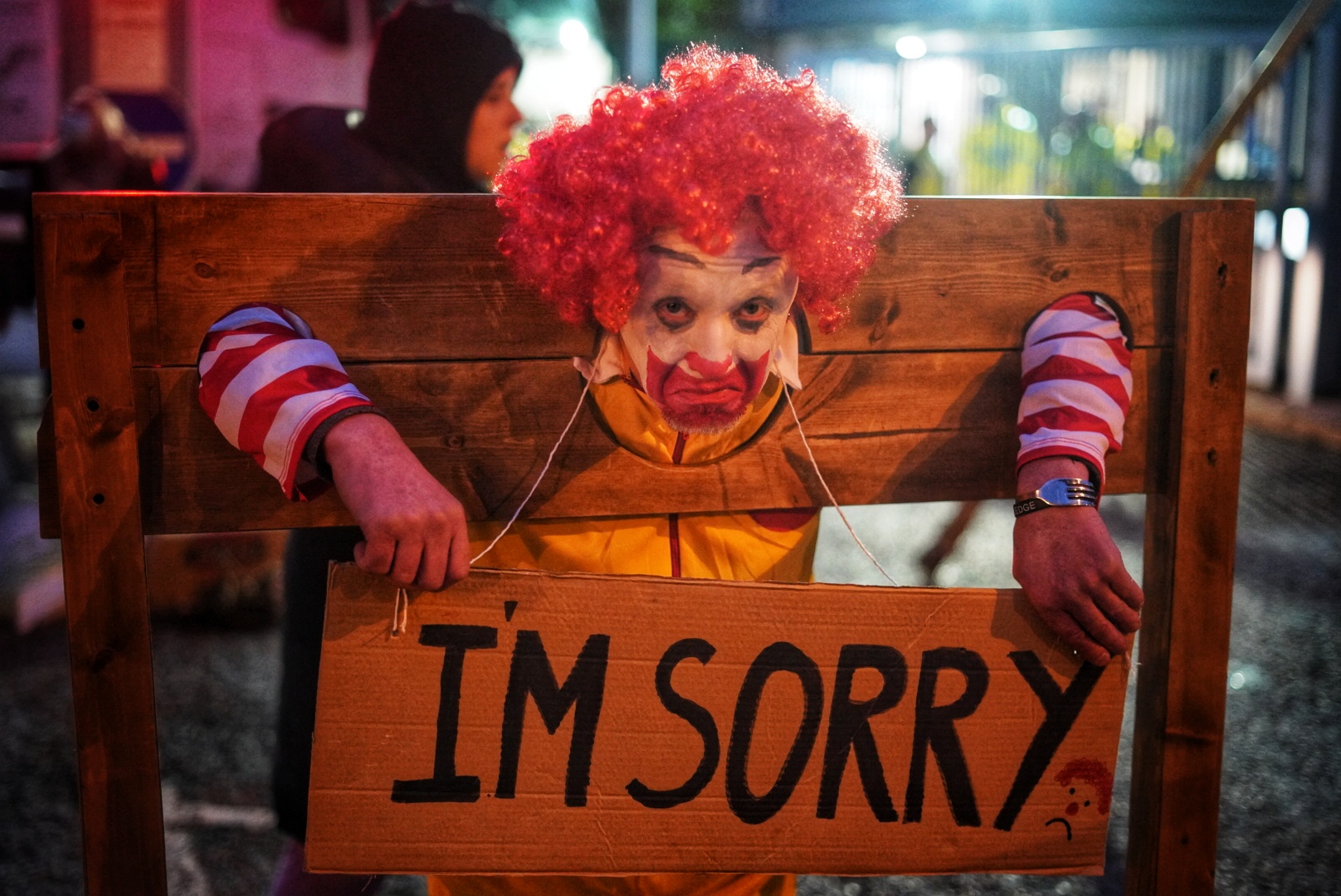 Protestors from Animal Rebellion are targeting McDonald’s by blockading all four of their UK distribution centres, which supply approximately 1300 restaurants and serve 3.5 million customers each day.

These protests happening across the country are calling out the animal agriculture industry for their part in the global climate crisis, by causing economic disruption to the McDonald’s supply chain. Around 50 protestors are using trucks and bamboo structures at four locations to stop lorries from leaving depots, with messages such as “Meat & Dairy = Climate Crisis” and “Plant-Based Food System!”. They intend to stay for at least 24 hours and cause a large-scale disruption to the McDonald’s supply chain, where restaurants may suffer a shortage of stock.

Animal Rebellion, a mass movement using nonviolent civil disobedience to call for a sustainable plant-based food system, is demanding that McDonald’s becomes fully plant-based by 2025. However, they say McDonald’s is just a symbol of the system they are trying to change, which is the entire animal agriculture industry.

James Ozden, a spokesperson for Animal Rebellion, said: “The meat and dairy industry is destroying our planet: causing huge amounts of rainforest deforestation, emitting immense quantities of greenhouse gases and killing billions of animals each year. The only sustainable and realistic way to feed ten billion people is with a plant-based food system. Organic, free-range and ‘sustainable’ animal-based options simply aren’t good enough.”

According to the EAT Lancet report, if we hope to feed 10 billion people and stay within planetary boundaries, we need to reduce red meat and milk consumption by 90% by 2050. A 2018 study into the environmental impacts of food production – the most comprehensive of its kind – found that a plant-based food system could reduce farmland usage by 76% and greenhouse gas emissions by 49% from current global levels.

Dave Morris, former McLibel Trial defendant said “All that McDonalds and similar corporations care about is making massive profits, in any way they can get away with. To do this, they exploit their customers, workers, farm animals and the environment. Instead of tolerating this any longer, society needs to act to reclaim control over the world’s resources and decision-making, and make sure that we create a sustainable and decent future for ourselves and future generations.”

Nick More, renewable energy developer and member of Amazon Rebellion, said: “McDonald’s and the wider animal agriculture industry is clearly responsible for huge levels of deforestation in the Amazon Basin and wider Pantanal region. Despite their apparent greenwashing, there is no transparency in their supply chain or independent audit sufficient to support their claims that they are not a driver of deforestation. “

Investigations have revealed that that chain has had a role in the illegal destruction of the Amazon Rainforest. And, with 80% of the Amazon’s deforestation occurring due to cattle ranching, protestors argue this is a problem that needs to be addressed urgently.

Animal Rebellion say they support McStrike and ‘Fight for $15’, movements calling for better treatment of fast food workers. McDonald’s workers in 15 US cities went on strike for higher wages on May 19th, the day before the company’s annual shareholders meeting. They want the fast food giant to pay all its employees at least $15 per hour, almost double the current minimum wage in the US.

What needs to happen next is pretty simple; Animal Rebellion is demanding that McDonald’s commits to going fully plant-based by 2025.