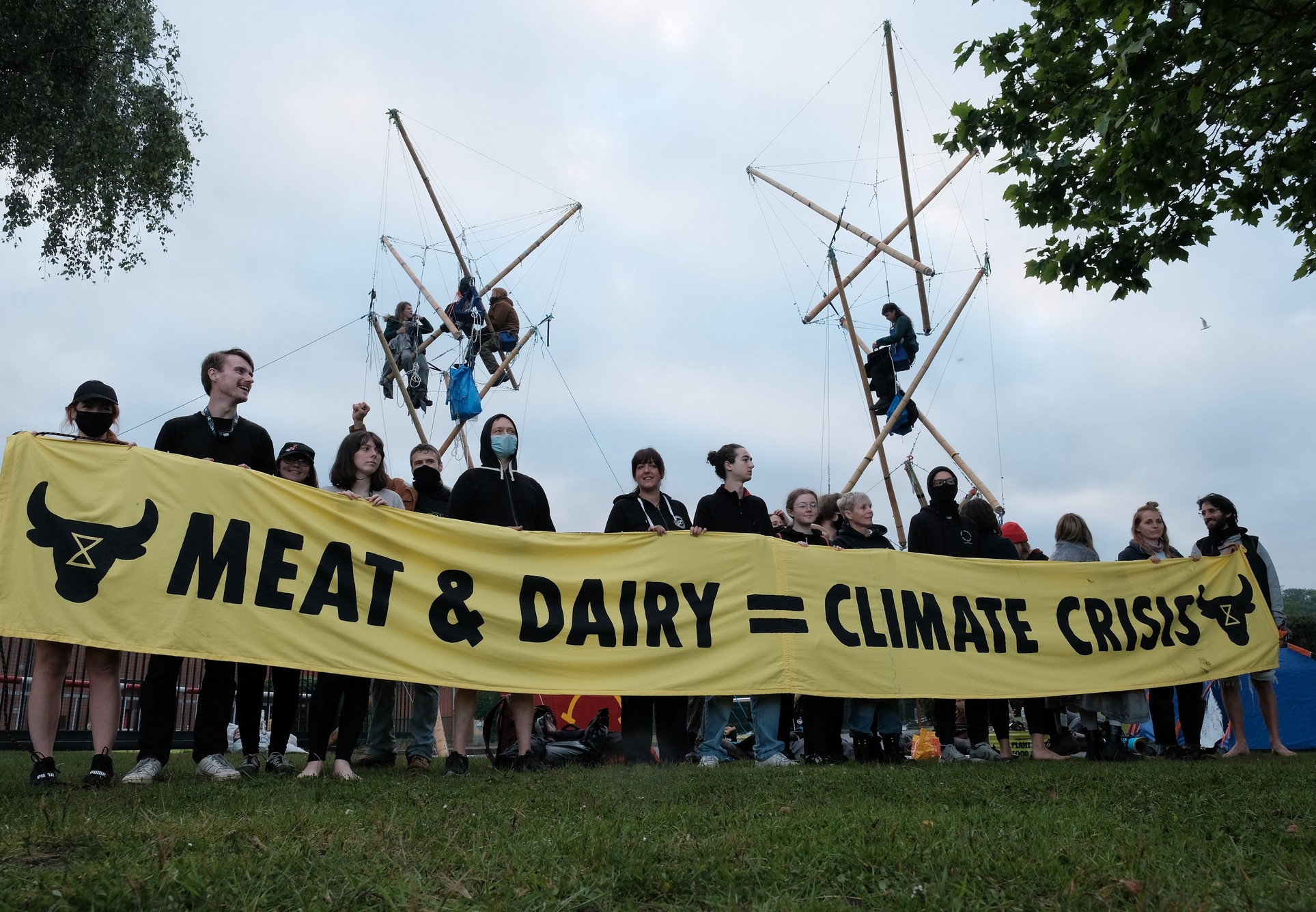 Animal Rebellion, a mass movement using nonviolent civil disobedience to call for a just, sustainable plant-based food system, has been camped outside OSI Food Solutions in Scunthorpe since the early hours of Thursday morning.

This site is believed to make three million beef patties per day, for distribution to McDonald’s stores across the country.

The current action at the site is part of a wider campaign calling out the fast food chain for their track record of destroying the environment, poor labour conditions and animal exploitation.

They are demanding McDonald’s move to a plant-based menu by 2025 to protect the future of our planet.

Harley McDonald-Eckersall, who is currently campaigning at the site, said: “We’ve been reaching out to members of the public while we’re here including former employees of OSI, who described horrendous working conditions in the factory. Support and encouragement from local people inspires us to keep the pressure on.

So far, tents and gazebos have been set up to make a camp, with activists also securing themselves to bamboo structures outside the building and occupying the roof. Local residents have rallied to show support, providing food and other essentials.

“As of yesterday evening, all 20 protesters locked to structures and occupying the roof of the factory are still in position. By then, the police had only shown interest in removing those on the roof, albeit unsuccessfully.”

“As of 11:30am police are attempting to remove protesters from one of the vans which form the blockade. One of the bamboo structures was removed earlier this morning while unoccupied.”

This protest comes after the group shut down four McDonald’s distribution centres two months ago to call out the meat and dairy industries for their role in the climate and ecological emergency causing economic disruption to McDonald’s supply chain. You can read more about that here.

What needs to happen next is pretty simple: Animal Rebellion is demanding that McDonald’s transitions to a  fully plant-based menu by 2025 and commits to being 20% plant-based within a year.