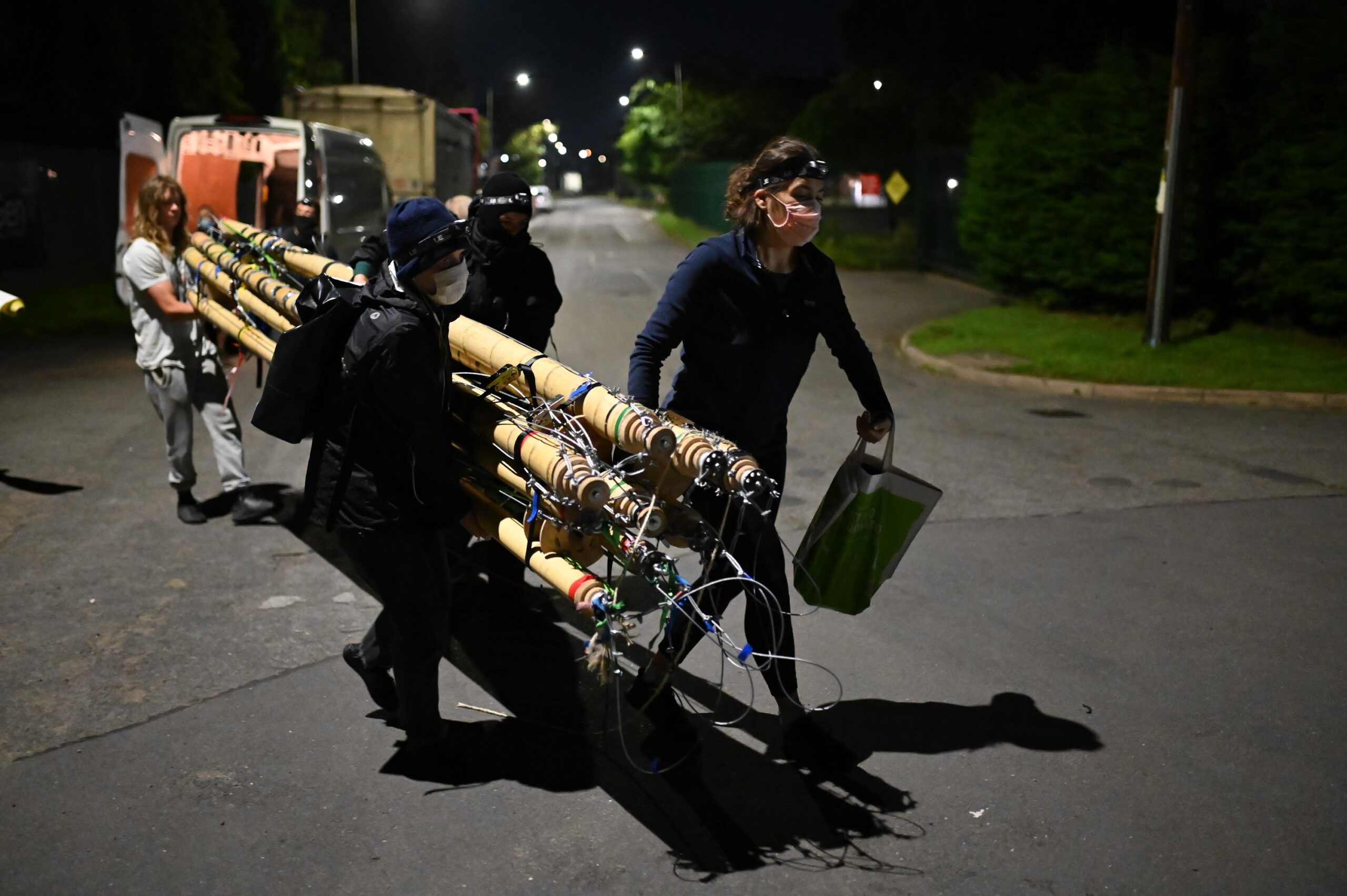 Animal Rebellion is calling on people to “bring their tents” and come to Scunthorpe as they blockade a factory which produces all of McDonald’s iconic beef burger patties, with 3 million burgers made per day.

Around 100 protestors set up a blockade using trucks, tents, bamboo structures and a roof occupation in the early hours of this morning to stop the facility from distributing burgers. The protestors have said they will stay as long as it takes until McDonald’s commits to changing towards a plant-based menu. They are encouraging everyone to join the camp and protest against McDonald’s for their track record of destroying the environment, poor labour conditions and animal exploitation.

Professor Joy Carter, Emeritus Professor of Geochemistry and Health, University of Winchester said: “There is no second chance in averting climate breakdown – we have just one opportunity to get this right. We need to radically change our food system and it must start with the meat and dairy industry. Until we make large-scale systemic changes and move towards a plant-based food system, we will continue to destroy our planet.”

Animal Rebellion, a mass movement using nonviolent civil disobedience to call for a sustainable plant-based food system, is demanding that McDonald’s becomes fully plant-based by 2025. They have said that they will end the blockade if McDonald’s makes the first step towards this goal by committing to becoming 20% plant-based within 1 year. However, they say McDonald’s is just a symbol of the system they are trying to change, which is the entire animal agriculture industry.

Rose Patterson, a spokesperson for Animal Rebellion, said: “We’re living in a time where massive change is possible, but our window to act on the climate crisis is closing quickly. The meat and dairy industries are responsible for 80-90% of Amazon deforestation, at least 18% of global emissions, and for exploiting and killing billions of animals every year. To save ourselves and the future of our children, we must start transitioning towards a plant-based food system.”

This protest comes after the group shut down four McDonald’s distribution centres two months ago to call out the meat and dairy industries for their role in the climate and ecological emergency causing economic disruption to McDonald’s supply chain.

According to a 2019 EAT Lancet report, if we hope to feed 10 billion people and stay within planetary boundaries, we need to reduce red meat and milk consumption by 90% by 2050. A 2018 study into the environmental impacts of food production – the most comprehensive of its kind – found that a plant-based food system could reduce farmland usage by 76% and greenhouse gas emissions by 49% from current global levels.

Additionally, independent thinktank RethinkX predicts that 90% of jobs in the meat and dairy industry in the US will be lost by 2035. Harley McDonald Eckersall from Animal Rebellion said that: “We can forecast similar impacts in the UK as the industry rapidly transitions to more sustainable options. Not transitioning away from animal farming will mean economic and social damage, as we are going to see millions of people lose their jobs in the next decade. These are real people with real lives: McDonald’s has a responsibility to bring about this change before the choice is taken out of their hands.”

What needs to happen next is pretty simple: Animal Rebellion is demanding that McDonald’s transitions to a fully plant-based menu by 2025 and commits to being 20% plant-based within a year.