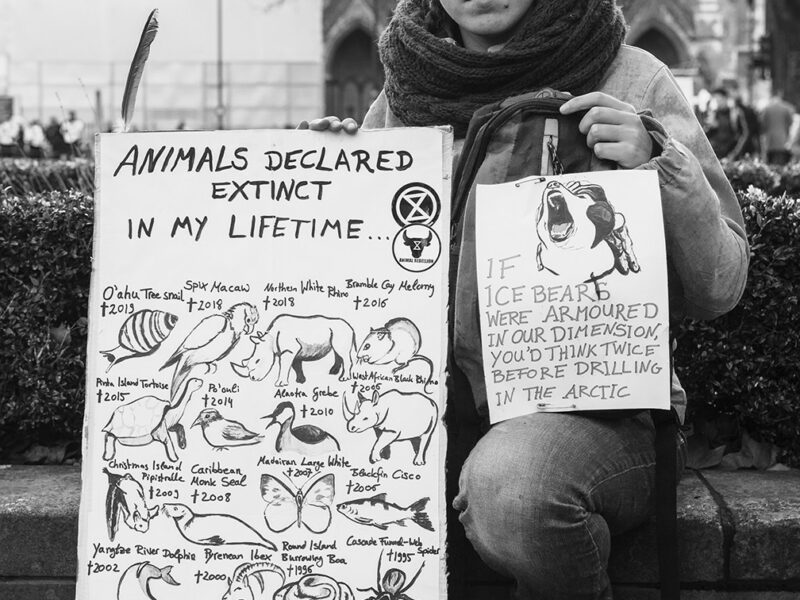 So far Extinction Rebellion and Animal Rebellion have had so much to celebrate. They have achieved great things. Before Extinction Rebellion, the existential threat climate change poses wasn’t widely discussed in popular culture or taken seriously. In the space of a few months XR changed the tone of that conversation forever. This is a massive shift and a great achievement that we can take pride in. We can also celebrate its effectiveness Talk must produce results, and as I write this there is an election coming and climate change is now an election issue even for mainstream parties. Also, the UK government plans a citizens’ assembly to look at the climate emergency (albeit watered down from what has been demanded). This is a result![…]