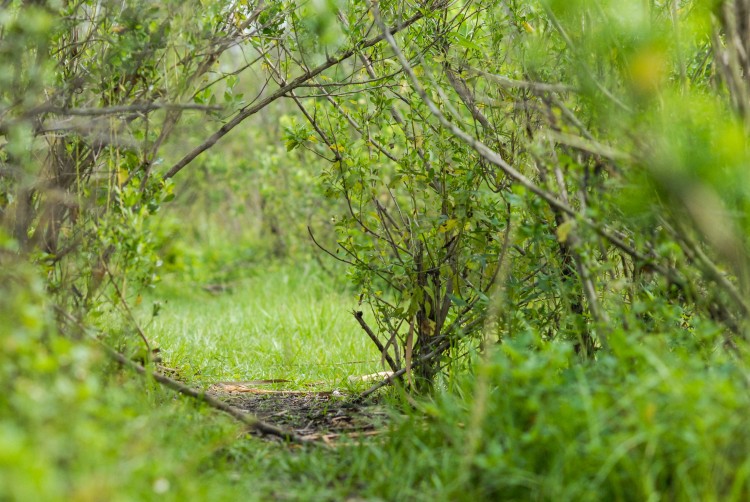 2 Comments on What Anti-speciesist Rewilding Looks Like — and How to Get TherePosted in Animal Justice, Animal Rebellion, Blog By animalrebellionPosted on 4th December 20203rd August 2021Tagged Animal Rebellion, Animals, Antispeciesism, Rewilding, Vegan

Okay, imagine it is year X, when animal products are almost universally seen as unnecessary, unhealthy and a product of a particularly cruel period in our relationship with the planet and its other inhabitants. This is the year when most people shudder in disgust at what only recently was accepted as the norm. The food production system is being completely restructured, with fishers continuing their transition from killing marine animals to planting and harvesting kelp, while farmers are now producing plants for human consumption only. We no longer breed animals in their billions, we no longer subject them to a life of enslavement, and we no longer sentence them to death on the grounds that their flesh tastes good. Any remaining farm animals are either adopted, returned to nature (as feral) or eaten by the last few remaining meat eaters (because treating humanity’s addiction to meat is a gradual process). We no longer hack and slash through the few remaining forests on Earth to feed the enslaved animals, and we don’t need as much land as we used to, because we now avoid the middleman, or rather “middle animal” in the process of energy consumption, making us much more efficient and much less destructive eaters.

In fact, this is the year when we finally have more land than we will ever need and it’s time to do something with it. Now someone asks: how about we restore it as much as possible to the state that we think it was in before we sunk our teeth into the biosphere? Should we now rewild the huge swathes of available (both unsuitable for growing crops and no longer needed fertile) land with locally extinct species, including predators? It sounds logical, doesn’t it? However, it isn’t that straightforward, because it could easily go against our own principles and values.

Animal Rebellion’s first value states: “We are an anti-speciesist movement that has a shared vision of change.” It goes on: “Creating a world that protects beings of all species, for generations to come.” And further on, in relation to our movement’s culture: “We are inspired not only by human action but also animal resistance, and we believe in co-creating a world with individuals from all species for a just and secure future.”

One would be right to apply this to the plight of farmed animals and assume that by anti-speciesism we mean the strongest possible opposition to differential treatment between farmed animals and, for example, pet animals, because their abilities, traits and interests are comparable — both want to live, both are averse to negative experience and both have the same kind of emotions. But stopping at the abolition of animal slavery would be a speciesist thing to do. We must always consider a wider implication of achieving our own goals.

The ambiguity starts when we say that the land currently used for grazing or growing livestock feed will be used not only for growing plants directly for human consumption (both food and non-food) but also for rewilding– to increase biodiversity, to reintroduce locally extinct species and to improve the state of the local ecosystem in general. History shows that when one decides to change or preserve an ecosystem for system’s sake, one generally disregards the interests of those affected by the change (especially if these interests are those of non-human individuals), because the main focus of such environmental change is on completeness, integrity, stability and beauty of a system, which often results not just in unintended harming of inhabitants, but also in killing of undesirable (i.e. “invasive”, overpopulated or even unsightly mixed-species) individuals, standing in the way of achieving a change “for the greater good” of a system.

Luckily, most of the farm land that will be returned to wild nature is in near-barren condition, almost void of any life (including invertebrates), so this doesn’t require relocation, killing or even intrusive management of such abandoned lands, as nature can do all the heavy lifting in rewilding it in the majority of (if not all) cases.

What about eventual reintroduction of predators? Once again this may look like a good change on the surface, which brings a variety of positive results like promotion of ecotourism, improvement of the ecosystem balance or keeping prey species from overpopulating. However, it comes with a number of heavy caveats:

– Ecotourism on its own is an intrinsically anthropocentric activity (which may or may not benefit animals);

– The term “balance of nature” is now considered a fallacy, because ecosystems are always dynamic;

– Control of prey species’ populations by introducing a predator is not efficient long-term, because of the significant difference in numbers of individuals; and furthermore:

– The relocated individuals are bound to be stressed (as, understandably, they are taken from their homes and moved to a completely new location);

– In the absence of a higher predator, small predators like lynx will be prone to suffering due to disease and old age; and:

– Reintroduction projects tend to be quite expensive and the funds could potentially be used to improve the conditions for the already existing animals.

So, does that mean that we oppose rewilding from our anti-speciesist stance? Absolutely not. In fact, we support natural reclamation, we support reforestation, we support initiatives that promote biodiversity and we support the reintroduction of animal species eradicated by humans. But it should be stressed, again and again, that the interests of affected animals during (or as a result of) these activities must be considered in full. This does not only mean the avoidance of immediate suffering or killing of individuals, but also upfront planning to identify how such projects will affect all those animals, as individuals, who already inhabit or will inherit the affected lands. After all, they are the primary “stakeholders” who will live on these lands, and it is only logical to give their interests a fair consideration. And we, Animal Rebellion, have a duty of care for any animals, wild and domesticated (including those going feral), who are directly or indirectly affected by our actions — now and in the future.

If you are interested in the subject of anti-speciesism beyond “treating a cow different to a dog”, then these sites provide a wealth of knowledge:

And if you have any burning questions, feel free to ask them on this subreddit https://www.reddit.com/r/StopSpeciesism/

What Anti-speciesist Rewilding Looks Like — and How to Get There