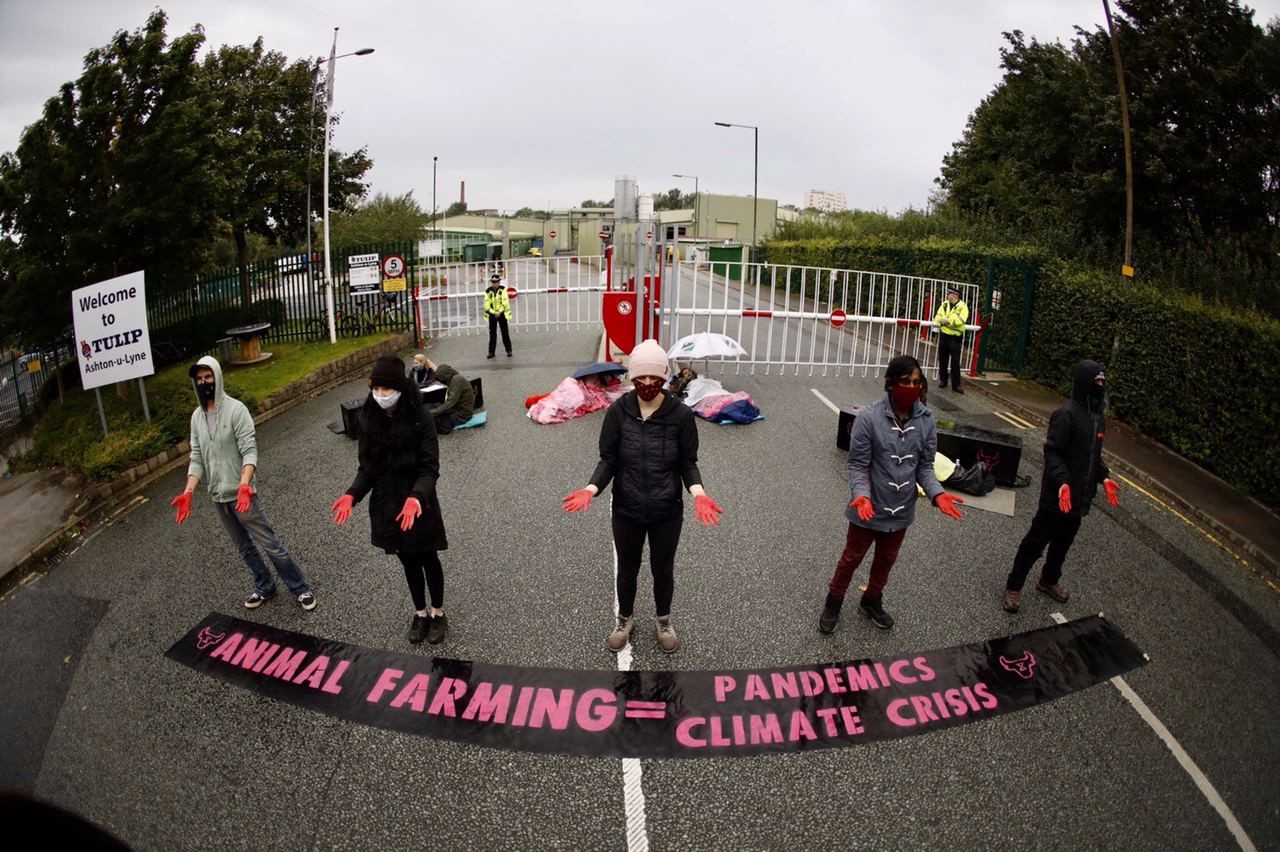 In solidarity with SMASH Speciesism, Animal Rebellion shut down a Pilgrim’s Pride pig slaughterhouse in Manchester for a full day.

Over two hours prior to opening, rebels arrived at the slaughterhouse and obstructed the gateway by locking onto concrete-filled coffins. Two rebels entered the site and climbed bravely to the top of the gassing chambers. On their arrival, Animal Rebellion informed the slaughterhouse to call their suppliers and cancel lorry arrivals for the day – these lorries would be filled with pigs arriving at their final moments of breath. Managers from Pilgrim’s Pride agreed to this condition, confirming there would be no lorries coming on-site that day.

Unfortunately, later in the day, as the police began unlocking rebels from the coffins, slaughterhouse managers saw this as an opportunity to resume truck arrivals. This was a sickening decision.

Sadly, three trucks were let onto the site despite earlier agreements – it was emotionally and psychologically traumatic. Pilgrim’s Pride showed that they were ready to put profit over animals, people and planet.

Fortunately, they had sent their workers home and one rebel remained on the the roof until the site closed at 5pm. No pigs were gassed alive and killed at the slaughterhouse that day. This day without slaughter symbolises what a world that puts people, the planet and animals above profit could look like.

Usually, more than 3000 pigs are slaughtered on site each day.

In addition to the clear animal justice message we sent, rebels were also highlighting the climate and health emergency we are in due to animal agriculture.

The choice made by Pilgrim’s Pride demonstrates how our current system places profit over animals, the people, and the planet. It was clear that they did not understand, nor care about the urgency of animal justice, people’s health, and climate crisis issues.

Why Animal Rebellion Shut Down a Slaughterhouse
Scroll to top