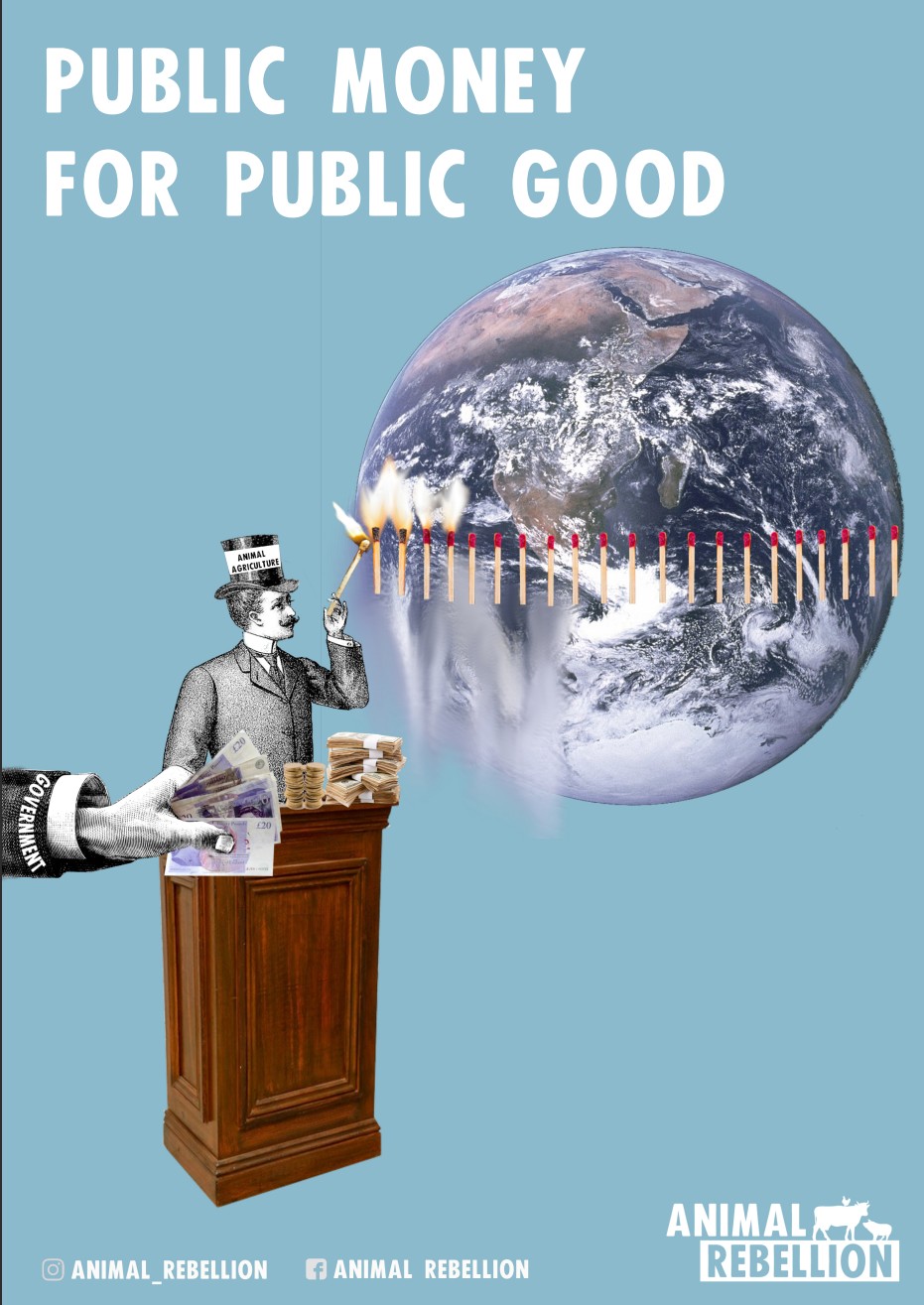 The meat, dairy and fish industries are under threat so are desperately lashing out and it isn’t pretty. There is nowhere for those with vested interests to hide, given the science is now so clearly stacked against them. So they are going on the offensive. All 10 largest meat and dairy companies in the USA “have contributed to efforts to undermine climate-related policies” (Lazarus et al., 2021).

In an interview published on Boxing Day in The Guardian, a Spanish government minister, Alberto Garzón, in charge of consumer affairs, explained that factory farming is damaging the environment and leading to the export of poor-quality meat. Mild stuff and clearly factually correct.

The backlash has been furious, from the meat industry and politicians, forcing the government to distance itself from his comments.

Fortunately, Garzón has stood his ground. In a subsequent radio interview he said: “I’m not saying anything new. I’m just relaying what scientists say. Everyone knows that the factory farming of meat causes pollution … and emits greenhouse gases.”

In the UK this month, the Agriculture and Horticulture Development Board (AHDB) has launched a £1.5 million campaign featuring an inquisitive little girl ‘Nancy’ along with her grandad. Being broadcast on Channel 4, ITV and Sky as well as on-demand services, the new TV advert focuses on the supposed goodness within red meat and dairy. Poor ‘Nancy’.

The AHDB describes itself as “a statutory levy board, funded by farmers, growers and others in the supply chain to help the industry succeed in a rapidly changing world”.

“Survive” might be a more appropriate word than “succeed”. The rapidly changing world is what scares corporations that for so long have trashed the environment, contributed massively to the climate crisis and put out disinformation, while making huge profits and raking in massive taxpayer-funded subsidies.

That misinformation is nowhere better epitomised than in the Red Tractor consumer logo for pork and pork products. It is not hard to understand the problem when you know that the “standard” behind this logo is from the British Meat Processors Association (BMPA). Talk about marking your own homework.

For mass misinformation under one roof, you can’t beat the industry’s WeEatBalanced website, with its sheen of respectability and faux concern for health and the environment.

In fact, the weaknesses of the arguments shine through. For instance, in a piece entitled “What would happen if the world converted to veganism” there is basically nothing that can be said to counter all of the benefits of a plant-based diet.

Here’s the first of five pathetic straws that are clutched at: “Livestock produce much more than just food, from medicines and cosmetics to glue and waterproofing agents, they are in a huge number of products. Consideration hasn’t been taken on the impact of these production processes or the impact of animal-free replacements.”

Is that the best you can do?!

If the world switched to a plant-based system, global farmland use could be reduced by more than 75% – an area equivalent to the US, China, European Union and Australia combined – and still feed the world (Poore & Nemecek, 2018). This was according to a study, published in the journal Science, based on a huge dataset from almost 40,000 farms in 119 countries and covering 40 food products that represent 90% of all that is eaten. It assessed the full impact of these foods, from farm to fork, on land use, climate change emissions, freshwater use and water pollution (eutrophication) and air pollution (acidification). Oddly, this and the many other benefits, don’t feature on the website.

The global meat industry leaves a trail of destruction all over the world, including climate change, deforestation, forest fires, human rights abuses, land grabs from indigenous people and traditional communities, increased risk of future pandemics like coronavirus, and damaging health.

Joseph Poore, at the University of Oxford, UK, who led the research, said: “A fully plant-based food system “is probably the single biggest way to reduce your impact on planet Earth, not just greenhouse gases, but global acidification, eutrophication, land use and water use. It is far bigger than cutting down on your flights or buying an electric car.”

There are echoes within the industry fight-back of other sectors that have ended up on the wrong side of history – tobacco and fossil fuels. If the food industry bodies wanted to be useful, they would put all of their efforts into bringing about a fair transition that protects independent farmers and supports the urgent shift to plant-based models.

Instead, they shout, rant, misinform, and spend millions on lobbying, websites and advertising, as the sun starts to set on them. As Mr Garzón found recently, those that speak out will be attacked but these are the wayward, flailing punches of industries that are down and on their way out.

What you can do:

Join Animal Rebellion and help us call out the hypocrisy and lies as we have done time and time again in our actions against the likes of McDonald’s, Arla, Red Tractor and others.

Make a complaint to the Advertising Standards Authority (in the UK, this is at https://www.asa.org.uk/make-a-complaint.html)

Industrial farming: Fighting for its survival

One thought on “Industrial farming: Fighting for its survival”