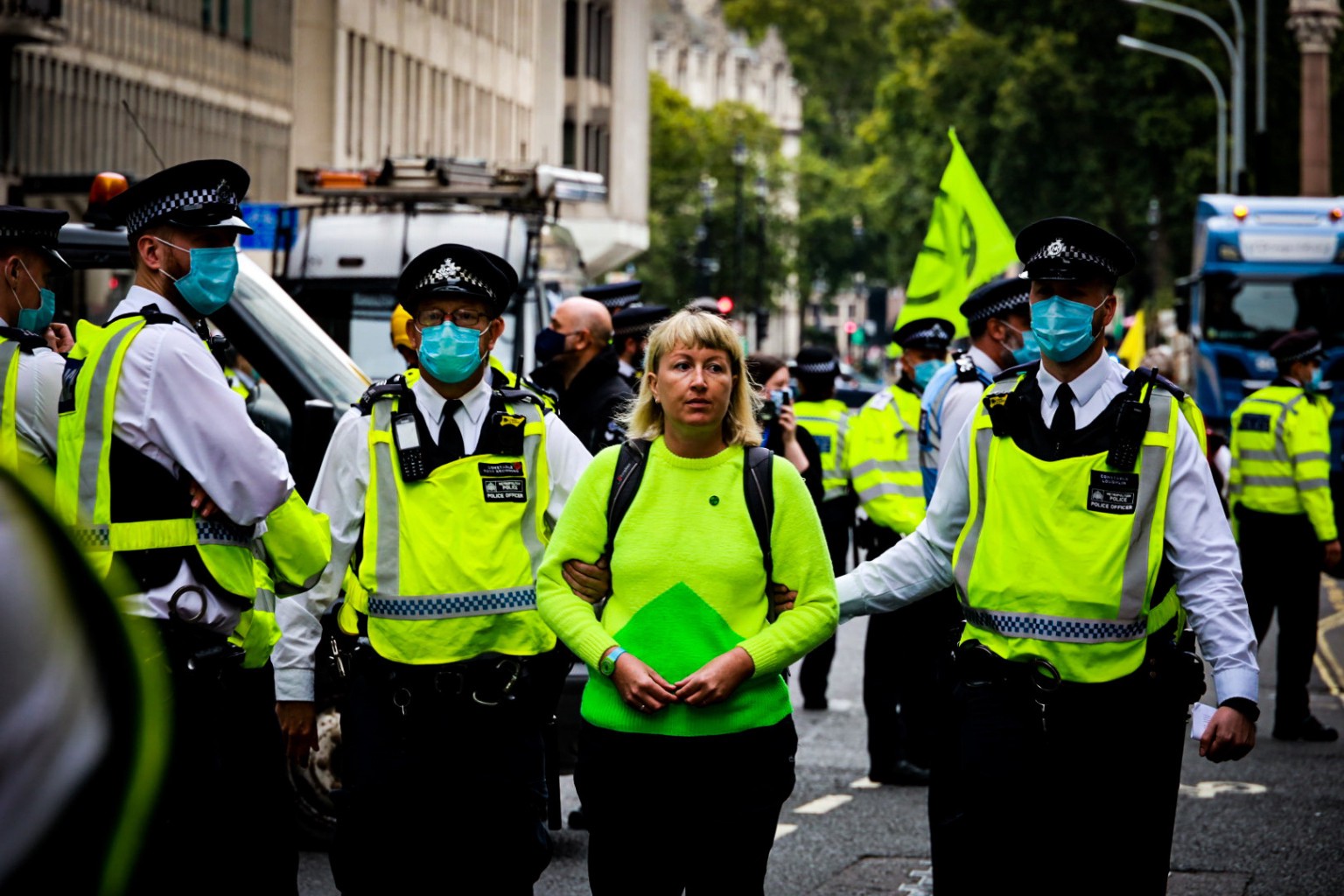 When you see a scientist arrested after telling the truth about the cause of climate destruction and global pandemics, there is a feeling of dread over what our political landscape has become. That is, at least, the feeling I had when witnessing ecologist Emma Smart being arrested in London, whilst she was speaking about the science of animal farming.

Governments across the world have a chokehold on the funding and publishing of scientific research. As long as it serves the status quo, they get to decide who the ‘experts’ are. For them, there is no driving concern to tell the truth based on rigorous scientific study when that science challenges the very essence of what a government has sole interest in — their pockets.

When it comes to the financial incentives of science-spinning in the UK, there is no greater lobby than that of climate denial. So when green policies are proposed, such as the cutback of long-haul flights and the divestment of fossil fuels, there is resistance from the government to seemingly protect their friends in the big oil companies, who are amongst the highest polluters worldwide. There is perhaps no clearer example of the lobby against climate mitigation policies than that of the Global Warming Policy Foundation. Andrew Montford, a member of this climate change denialist think tank, has previously said:

“Policies to ‘stop climate change’ are based on climate models that completely failed to predict the lack of warming for the past two decades. Observational data show clearly that the predictions of unacceptable warming caused by more carbon dioxide are wrong. Economic discount rates aside, policies designed to save the planet from more carbon dioxide are based on failed computer models.”

So what does this have to do with animal farming?

Firstly, let’s be clear that the UK Government also has its pockets neatly embedded within animal agricultural industries. They currently fund development banks, which are pumping up to £2.1billion into the meat and dairy industries. Furthermore, the UK Government hands out disproportionate tax subsidies to farmers, based on their type of farming practice; subsidies for animal farmers account for up to 90% of their profits, whilst these government payments only account for 10% of profits for plant-based farmers. So even when scientific research reveals that animal farming is a major driver of climate destruction, the government would prefer to bury that truth.

In recent years, there has been compelling evidence collated that shows just how destructive animal farming is for our planet. Whilst animal agriculture accounts for 80% of Amazon deforestation, subsequently wiping out the earth’s most vital carbon sink, animal farming industries are also responsible at least 21% of greenhouse gas emissions.

Most significantly, in 2018 a study was carried out at the University of Oxford into the environmental impacts of food production, a research project that turned out to be the most comprehensive of its kind. This study found that animal farming and fishing takes up 83% of global farmlands. It also concluded that a plant-based food system could reduce farmland usage by 76% and greenhouse gas emissions by 49% from current global levels.

But that only touches on the climate impacts of animal agriculture, what about the health impacts? Well, as we all know, 2020 has seen devastation across the whole of human society due to the Covid-19 virus. This is a virus that just so happens to be zoonotic, meaning that it was passed from animals to humans.

But Covid-19 is not an anomaly; recent scientific studies have estimated that 75% of new and emerging infectious diseases come from animals. So Whilst scientists believe Covid-19 originated from an animal ‘wet market’ in China, many more zoonotic and infectious diseases, such as bird flu and swine flu, have arisen from livestock worldwide.

But why was an ecologist arrested?

On 3 September 2020, the climate and animal justice group, Animal Rebellion, staged a protest in Central London to highlight the links between animal agriculture and the health and climate emergencies. The protest involved an animal slaughter truck, which blockaded the road outside the Department of Health and Social Care. The truck, painted pink, had a message on either side that read: “Animal Farming = Pandemics & Climate Crisis”. The group were calling on the government to lead a transition to a just and sustainable plant-based food system, in order to reduce the risk of future pandemics and avert the worst impacts of climate breakdown, such as extreme weather events, droughts and floods.

During this demonstration, ecologist Emma Smart stood on the side of the road and began speaking about the climate and health impacts of animal agriculture, a subject in which she has developed extensive knowledge throughout her career. Her speech, which was recorded, drew links between animal farming being detrimental for human life by increasing the likelihood of deadly pandemics, such as COVID-19, as well as climate breakdown.

“This pandemic has shown us that the health of wildlife is the health of humans too; the two cannot be separated,” she said. “We are all part of the earth’s living system.”

She continued, “Humans’ desire for meat has seen enormous swathes of the globe deforested to graze animals or grow crops just to feed them, all the while reducing wildlife’s refuge and bring humans into closer proximity to the pathogens that ignite these pandemics. So how have we found ourselves in the midst of a pandemic?”

At this point of question, the Met Police approached Dr Smart and, without much exchange of words, unplugged the sound system and began carting it away. But not only did they silence her, they grabbed her by either arm and began walking her away. Before long, the police took Dr Smart to a van and arrested her.

But she was not the only one to be unjustly detained that day — over 300 individuals had been arrested over the course of the day, more than 200 of which were held on Lambeth Bridge against their will, without any choice of leaving. What we see here is no more than the unlawful abuse of police powers, working only to minimise disruption to the government they serve.

But these heavy-handed tactics against one’s legal right to peaceful protest has much more concerning implications for the role of science within our political and social landscape. It shows the extent to which the UK Government will go to silence great bodies of scientific research, in defence of their friends in giant agriculture companies.

We cannot let the suppression of science become the death of democracy.