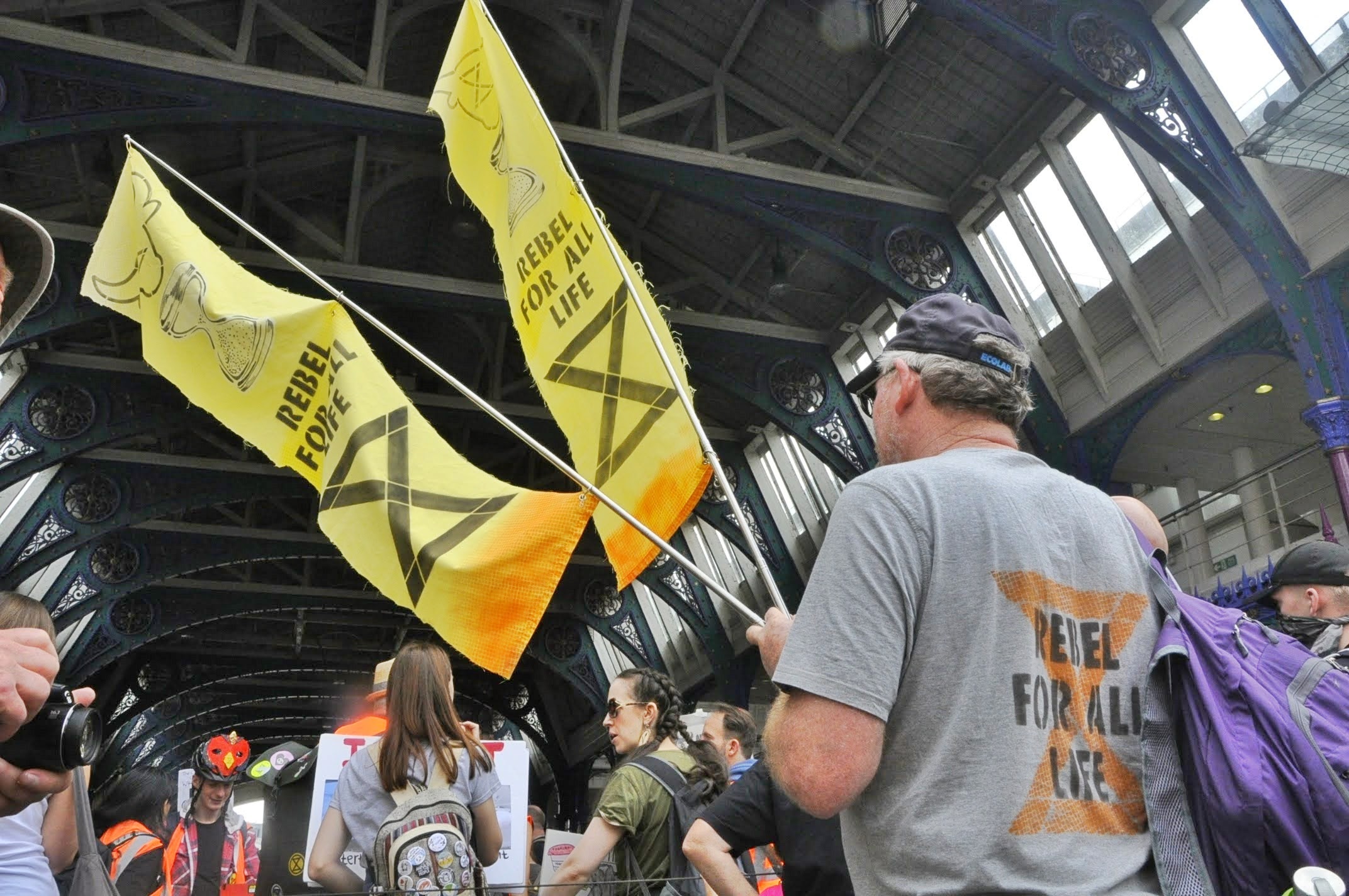 Animal Rights Activists will today come together for the National Animal Rights March, in London.The demonstration – which takes place during the ‘August Rebellion’ – brings together animal rights groups and activists across the UK to unite for animal justice and call for urgent action from corporations and the government to completely terminate human use and abuse of animals.

The march is expected to be joined by thousands of people with a message of animal liberation, unity and hope for the future.

“Animal Rights Marches have historically served as a space to celebrate and remember the trillions of animals killed and exploited by humans in the name of progress, tradition or entertainment, and we expect today to be no different,” said Claudia Penna Rojas, one of the speakers at the march. “By coming together we can vision the world we want to see, provide space for grief and despair as well as a catalyst to commit to further action and change.”

Speeches will be delivered by respected figures from the animal liberation movements and experts in various fields relevant to animal rights.  These include: Mel Broughton, founder of SPEAK campaign against vivisection; Dr Alice Brough, renowned pig veterinarian and activist; Tim Bailey, environmental scientist and one of the UK’s most prominent farm regulatory pollution experts, and Dr Laila Kassam, ​​co-founder of Animal Think Tank, a grassroots organisation building a social movement for Animal Freedom in the UK.

Stops along the circular route will include Smithfield Market, Unilever, Cargill and the Marine Stewardship Council, which are corporations and institutions historically related to animal exploitation and abuse. The reasons behind why these locations were chosen are explained here:

Harley McDonald-Eckersall, a spokesperson from Animal Rebellion, the organisers of this year’s march, said: “Humans kill over 70 billion land mammals every single year. We drain the oceans of trillions of fish, all in the name of profit and a meal for us to consume. After decades of deception and lies from massive corporations, there is almost no facet of our life that does not profit from the exploitation of animals in some way. We must come together and unite for animal justice to say no more to testing, no more to the fur trade and no more to slaughter. We need to imagine and create a world based on freedom and justice for all animals.”

Animal Rebellion have previously gained attention for their actions and campaigns drawing attention to the environmental impacts of animal agriculture, but say that, for this day, they are focusing on the need to unite for animal justice.

The March starts at 12:30 at Smithfield Meat Market, which will also serve as the end point of the march.